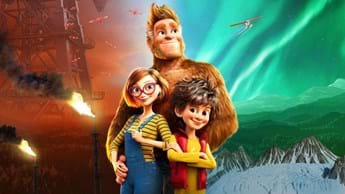 Let the kids have some fun with all the wonderful kids’ entertainment this week on DStv’s School of Laughter!

The Saturday kids’ movie on M-Net (DStv channel 101) stars Father Bigfoot in the sequel to animation BigFoot Family, and then LEGO City Adventures returns with a brand-new season on Nickelodeon (DStv channel 305).

And the little red rescue bike called Ricky Zoom makes his debut on Jim Jam (DStv channel 310) and along with his friends, Loop, Scootio and DJ, as they race around the track and try new stunts.

In this fun animated sequel, Father Bigfoot uses his new fame to fight an Alaskan oil company but when he disappears, his family, a raccoon and a bear go to rescue him. Featuring the voices of Jace Norman, Pappy Faulkner and Alexis Victor.

Comedic animated series. Coming up this season, Hacksaw Hank quits his job, Gracie Goodheart could become the City’s most beloved cop, and when the City’s power grid overloads, Master Architect, Ave Empire must come to the rescue – and prove that he’s not a vampire.

Zoom, zoom, motorbike obsessed preschool kids! All the characters in this animated series are bikes, including Ricky, who longs to be a rescue bike like his mom and dad. Ricky and his friends tear around their hometown, Wheelford, having fun and learning social skills.