What to expect on Woordfees TV 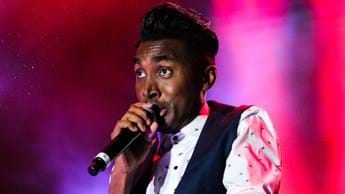 Art, film, and music festivals are a big part of our South African heritage and community, but since the COVID-19 hit our shores, they’ve been on a pandemic pause.

Now, one of SA’s most iconic arts festivals, the Toyota SU Woordfees, has found new life on DStv.

From Friday, 1 October to Sunday, 10 October, the pop-up channel Woordfees TV (DStv channel 150) will exclusively air content from the Woordfees, which includes a variety of theatre, musical, dance performances, which you can watch from the comfort of your own home.

During a special press conference earlier this week, Toyota SU Woordfees director Saartjie Botha told the media that they’re learning as they go. “In 2020, the Woordfees ran in March just before President Cyril Ramaphosa announced the hard lockdown. In 2021, we wanted to roll out two festivals – one in March and another in October, but as time went on, we were faced with the reality that a physical festival was not going to take place in Stellenbosch.”

Saartjie and her team reached out for help, and the MultiChoice Group, DStv and a variety of other sponsors such as Stellenbosch University, Toyota, Media24 and more answered their call. The Woordfees TV pop-up channel was created as a result.

“This is a first of its kind for festivals in our country and for the Woordfees, and it’s been challenging getting quality content together to air for the viewers,” says Saartjie.

DStv Premium and Compact Plus subscribers will have access to the Woordfees TV pop-up channel (150), and Namibian viewers can also tune in on Go TV channel (15).

Viewers can look forward to the kind of thought-provoking and high-quality content that forms the fabric of the popular annual Stellenbosch festival, including literature and writers’ discussions, theatre performances, contemporary and classical music, stand-up comedy, lifestyle content, debates, visual arts and dance. Selected performances will be rebroadcast on the pop-up channel.

In collaboration with the Words Open Worlds (WOW) Project, the festival content will also include educational elements such as the WOW Spelfees (spelling bee) which has been specially produced for TV with three episodes.

“All narrative content and discussions will have English subtitles, and a schedule for the channel will be made available on the Woordfees website closer to the time,” adds Saartjie.

“The Woordfees started 21 years ago, and we hope to have it again next year, so to ensure it survives, please contribute by buying a virtual ticket on Quicket during 1-7 October.”

With Woordfees TV, you can see so much more of the festival – no dashing from stage to stage, venue to venue. In 2021, the grandest Woordfees stage is your couch.

Due to high demand, the pop-up channel has been made available for DStv customers to enjoy until Sunday, 10 October.

Fees TV will be available on DStv Premium and Compact Plus packages from 1 – 7 October 2021 on DStv channel 150.