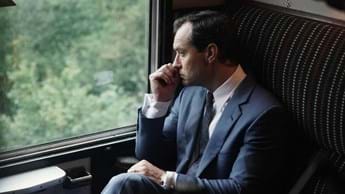 DStv’s movies are about shameless entertainment this week, on a host of channels.

M-Net (DStv channel 101) delivers Jude Law in a twisty social drama in The Nest as their Sunday night blockbuster, and even if you aren’t a Premium subscriber, you can enjoy all the fun that M-Net Movies 1 (DStv channel 101) has in store – including titles like Nanny McPhee, The Addams Family, Frozen II, Sometimes Always Never and The War With Grandpa – when you ADD Movies to your bouquet.

Executive producer Vivica A. Fox is back with more of Lifetime’s (DStv channel 131) addictive movie thrillers in the “Wrong” series on DStv Compact this September. So wrong they’re right, these stories follow people whose lives spin out of control once they let the wrong person, from egg donors to estate agents, get too close. It’s popcorn, cocktail and crime time Saturdays and Sundays at 19:20 on Lifetime throughout the month.

Jessica moves back home after college and is surprised to find her mother’s new boyfriend, Paul, is moving in as well. Soon Jessica realises that Paul is dangerous and sets out to prove to her mom that he is the wrong man for her.

Kelsey Larsen’s dream finally came true – beautiful twins from an in-vitro procedure. But when Kelsey needs home care, the nurse she hires is none other than the egg donor herself, and the crazy woman has come to claim “her” babies!

In this psychological thriller, entrepreneur Rory O'Hara moves his family from the US to the UK, where they start living an upper-class life until the truth about Rory’s fly-by-night finances slowly comes to light, challenging family loyalties. With Jude Law and Carrie Coon.

In this drama, Bill Nighy plays a Scrabble-obsessed father who must mend his fractious relationship with his youngest son and find his long-lost eldest son.

Raunchy slapstick comedy. Jim Carrey returns for this off-the-wall sequel. Chaos ensues as pet detective Ace comes out of retirement to investigate the mysterious disappearance of a rare white bat.

The first family of Halloween is back. Charlize Theron and Oscar Isaac lead this funny, kooky, Addams Family animation as they redefine what it means to be a good neighbour.

In this epic sequel to the Disney animation, Elsa’s problems with her powers could threaten her kingdom, so she and the others embark on a remarkable journey with the aim of Elsa rediscovering herself. Starring the voices of Kirsten Bell and Idina Menzel.

The War With Grandpa

Granddad Ed (Robert De Niro) is forced to move in with his daughter’s family and he takes over his grandson Peter’s (Oaks Fegley) room. An all-out prank war erupts when Peter becomes determined to take his room back.