Vivica A. Fox - So Wrong Movies | Behind the Screens | DStv

Vivica A. Fox talks about Lifetime’s So Wrong movies

Vivica A. Fox talks to us about starring and producing the Wrong Movies, on Lifetime (DStv channel 131) this September 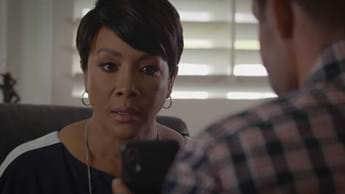 Clear your September weekend evening schedule, because Lifetime (DStv channel 131) is serving up a nightly double dose of their “So Wrong” movies, and the tweets will be running hot!

Starring and produced by actress Vivica A. Fox, these romantic thrillers follow leads whose lives are turned upside down after they meet the “wrong” person. Be it a nanny, housesitter, or love interest, these easily trusting people learn the hard way not to allow strangers into their homes when forming new friendships or romantic relationships.

“There’s a lot of captivating moments in each movie. These guilty pleasures are so wrong, they’re definitely right,” says Vivica, who shares the behind-the-scenes details with us.

The “So Wrong” series launched in 2016, and to date, there are 25 movies – and 17 are set to air on Lifetime in September, including The Wrong House Sitter (on Sunday, 12 September) and The Wrong Mother (on Sunday, 5 September). Vivica has personally acted in 22 of the films, portraying a range of feisty heroines, such as restaurateur Sandra in The Wrong Mr. Right (on Saturday, 4 September). Sandra puts her life on the line to rescue a friend from a deceiving boyfriend.

In each movie, Vivica’s characters deliver the signature catchphrase, which is in line with the title. “It wouldn’t be the ‘Wrong’ franchise if my character didn’t go: ‘Well, honey, it looks like you’ve met the wrong…’ roommate, crush, or whatever the name of the movie is,” says Vivica, with a laugh. “I’ll admit, the taglines are kind of cheesy, but I enjoy reciting them. They have become a big part of the franchise.”

Vivica reveals that the movies are filmed in two weeks. However, she assures that the process isn’t as intense as it sounds. “We have the structures of the films to a science at this point: There’s suspense and excitement,” says the actress. “The director, David DeCoteau is always prepared and ready to go. It’s worth noting that the Wrong franchise features a rotating cast. So, when everyone arrives on set, they don’t spend time getting to know each other. They’re already comfortable with each other, and ready to work,” explains 57-year-old Vivica.

As the producer, Vivica is involved in casting the actors, approving the script, and selecting the wardrobe. “I love all the roles that come with making these movies. I had no idea that in my 50s, my career would have a resurgence. I’m an actress, producer, and an author. It’s exciting that I get to wake up and do what I love most,” explains Vivica, adding “I’m at a happy place. The Wrong franchise gets bigger and better. I have actors in Hollywood calling me and asking if they could be in the next one. It’s fantastic.”

The icing on the cake

While each of the “Wrong” films hold a special place in Vivica’s heart, she admits that her favourite is The Wrong Real Estate Agent (on Saturday, 11 September) In the movie Vivica plays single mother Julie, who rents a lavish house on a plot with her teen daughter Maddie (Ayala Lee Walton). As soon as the mother and daughter settle into their new home, they notice strange incidents, leading the pair to suspect that someone else may be living on their property. “The movie has cliff-hanger after cliff-hanger, and it set Twitter on fire when it aired in the US. I can’t wait for the South African audience to watch it too,” says Vivica.

When Jessica (Anna Marie Dobbins) moves back home after varsity, she’s surprised to learn that her mother, Tracy (Krista Allen), is dating a hunk named Paul (Rib Hillis). Within a few days in town, Jessica suspects that something is amiss and Paul. With the help of her mother’s best friend, Sandra (Vivica A. Fox), Jessica sets to expose Paul’s true colours.

High school student Becky (Cristine Prosperi) might be a straight-A student with plenty of friends, but her good girl image means she goes unnoticed by the boys at her school. She goes on a mission to get a boyfriend but what she lands with is disaster in the form of new, charming student Rob (David Meza).

After years of struggling with infertility, Kaylene (Vanessa Marcil) gives birth to twins via invitro fertilisation. Years after, her dream becomes a nightmare when the biological mother of the twins, Vanessa (Brooke Nevin), pops into the picture, disguised as a nurse. The unsettled egg donor wants “her” kids or else…

Julie (Vivica A. Fox) and her teenage daughter, Maddie (Alaya Lee Walton), rent a beautiful house from real estate agent Charles (Andres Londono), who lives nearby. But after they move in, strange noises and disturbances have them wondering if someone else is secretly living on their property.

In this thriller, successful journalist Dan (Jason-Shane Scott) is sent on an out-of-town assignment and before he leaves, he hires Kristin (Anna Marie Dobbins) to keep an eye on his house while he is away. Things slowly turn awkward when Kristin grows obsessed with him, and she refuses to move out of his home.

Melanie (Charlotte Graham) seems to have the perfect life. But lately something has been off about her husband, Derrick (Rick Cosnett). Melanie starts spying on him and her search unmasks Derrick’s long-lost twin brother, Alex. If she’s sharing her home with an imposter and a murderer, what has happened to Derrick?

Katie Jones (Sunny Mabrey) is a plastic surgeon at the top of her career. She winds up on the wrong side of a narcissistic patient named Liz (Lindsay Maxwell), a former medical school classmate of Katie’s whose desire to live Katie’s life herself threatens to destroy Katie’s career, her reputation and her family.

Watch a double bill of the Wrong movies every Saturday and Sunday on Lifetime (DStv channel 131) in September at 19:20 and 20:50

Lifetime (DStv channel 131) is available on DStv Premium, Compact Plus and Compact. To get DStv, click here.