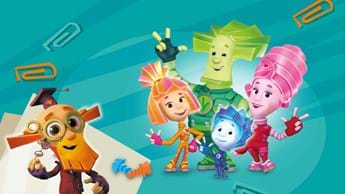 Fun, laughter and kid-friendly content is available across DStv’s School of Laughter channels.

This week, fans can enjoy all-new episodes of Paw Patrol, Grizzy & The Lemmings, and The Substitutes.

Your little superfans can sit down for amazing marathons of Dino shows, as well as Power Rangers Beast Morphers.

Captain Ryder and his team of hero puppies set out on new missions when Big Hairy’s little brother falls into a hole, and Mayor Humdinger’s trash-compacting truck messes up the beach.

In new episodes of this animated series about a grizzly bear named Grizzy that takes over the forest ranger’s house every time he leaves, Grizzy comes across a crying bear cub. He also discovers a metal survival food flask and tries to open it.

Things get exciting in new episodes of this hidden camera prank show when DJ Zedd goes undercover as The Substitute. He tackles his quirky superstitions and goes on the ultimate bird watching expedition.

Russian animation. Fixies are tiny beings who fix electrical appliances. But when one mischievous Fixie gets hold of superpowered bracelets, a boy and a professor must figure out how to stop him.

Dino stunt on Saturday, 28 August on Nick Jr (DStv channel 307) at 12:00
The best Dino episodes of your favourite Nick Jr shows, starting off with the premiere episode of Blaze & The Monster Machines.