Highlights with character this August on DStv Family 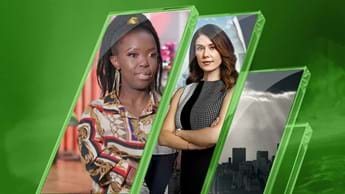 Having a DStv Family subscription is like hanging out with the most popular person at the party!

You’ll get insider introductions to fascinating people like South African spiritualist Thembi Nyathi in Dloz’lami, some of Johannesburg’s real-life little people in Giants of The City, and the biggest names in Afrikaans music, along with their superfans in Musiekpaniek. And expert witnesses and journalists will take you behind the scenes of some of the world’s most shocking stories in Huisgenoot Ware Lewensdramas and 9/11: One Day In America.

There are also drama series packed with interesting families and their stories, like brand-new legal drama Family Law, and the new telenovela The Frontliners, which reminds us of The Good Wife a little.

Come on, it’s time to say hello to great TV.

Legal drama. Recovering alcoholic lawyer Abigail Bianchi (Jewel Staite) starts working for her estranged father, Harry Svennson (Victor Garber), at his Vancouver law firm, along with her half-siblings, as a condition of her probation.

When housewife Shobha's (Sonali Bendre) politician husband Samarth's (Harsh Chhaya) corruption and infidelity is exposed on the news, she decides to get a job and become independent. Her mysterious new boss, Vikram Ahuja (Apurva Agnihotri), supports her efforts.

Giants of The City S1

This reality series about the lives of little people and their efforts to navigate their personal lives as well as support themselves in a busy city is set in Johannesburg, South Africa.

Host Thembi Nyathi offers spiritual support and guidance to families who’re facing difficulties in their lives. The first couple she helps, Knoxx and his wife, are broke and have lost everything that they’ve worked for together.

Journalists from this 105-year-old South African magazine revisit headlining stories and true-crime cases that have kept readers enthralled, like the murder of Jayde Panayiotou.

Carla Mackenzie hosts this intense game show in which local musicians meet their superfans, who must prove their trivia knowledge about the musician by answering a series of increasingly obscure questions about them.

2021 marks the 20th anniversary of the 11 September terrorist attacks on the United States. This documentary blends classic and never-before-seen archive footage, along with eyewitness and expert interviews, to offer fresh perspectives on the event.