Host June Gachui takes us inside The Great Kenyan Bake Off, now on DStv

Becoming one of the hosts of The Great Kenyan Bake Off was a delightful surprise for advocate, performer and comedian June Gachui. She’d auditioned and then gone travelling after things went quiet following her call-back (like that job interview that goes nowhere). But when she returned, there was a ping from the Bake Off oven. The show was on the go!

Aside from her friends and family, she has some rather excited fans backing her, too. “This was my first TV show host experience at this level. Prior to this, I co-hosted a French quiz show for high school and university students called FrancoFun. They were the perfect cheerleaders, and to repay them for their kindness, I invited them to the set when I was allowed to!” reveals June.

We held our own “quiz show” for June, with 10 questions about those mystery Bake Off ingredients… 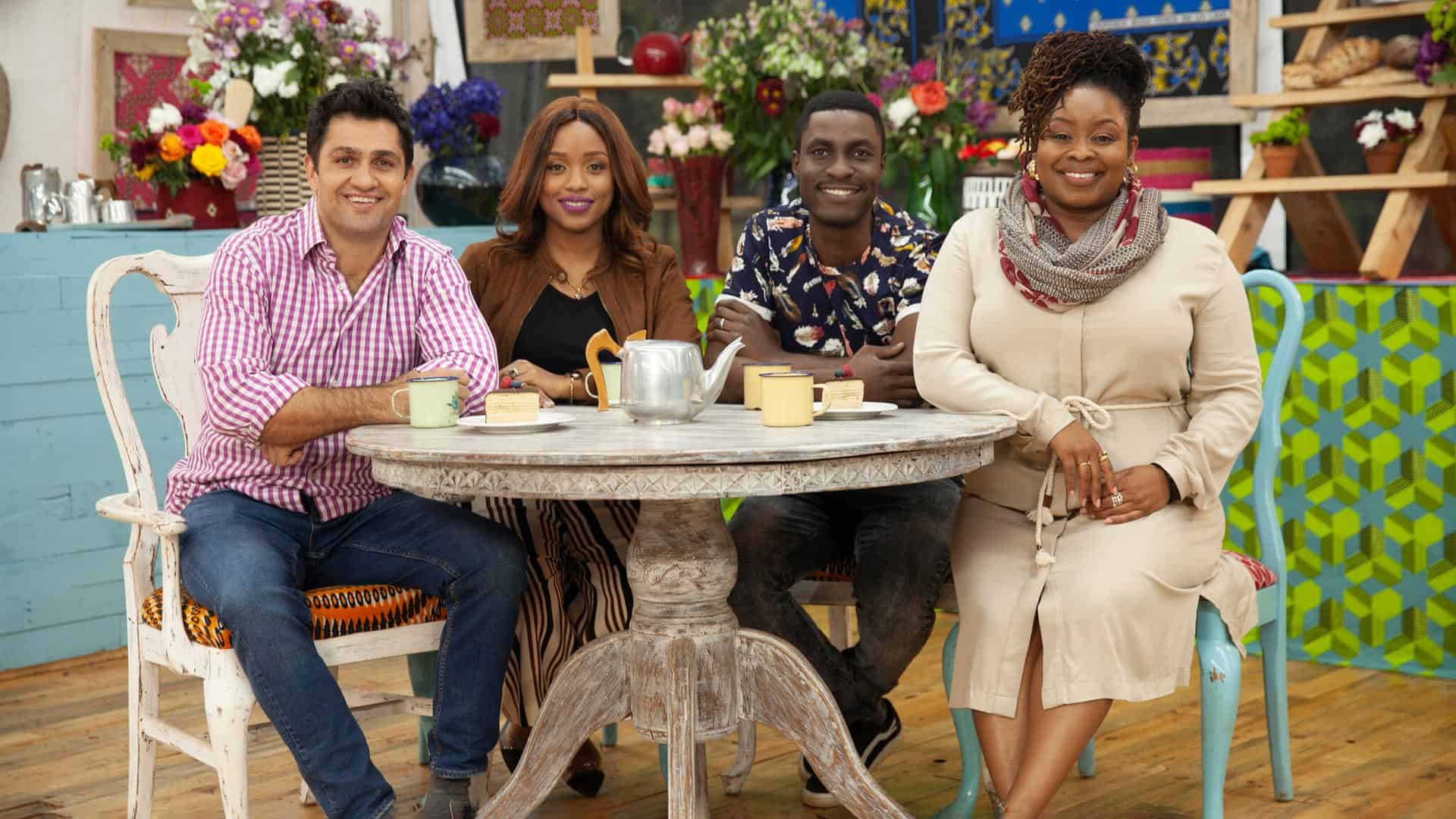 1: What happened the first time you met your co-host, Nick Ndeda?

June: Nick and I had actually met before. We shared a stage together for a play called The Good Body some years back. So, it was nice to have the chance to work with him again.

2: What were some of the guidelines that production gave you?

June: There were quite a number, but the most memorable ones were: 1, to remember that our role was to engage the contestants, be their friend, encourage them and help the audience at home to get to know them a bit better. 2, not to shout too loudly. I would get so excited at times that I had trouble controlling my volume and the sound engineer (bless him) would have to whisper in my ear!

3: What aspects of filming Bake Off took the longest to get used to?

June: This 1 is easy: having a call time at 6 am, which meant being picked up at 5 am. I never got used to that. The other was how many takes we had to do because a plane was flying overhead, or I forgot my line, or a battery had to be replaced or…

4: Were you in the tent with the bakers the whole way through each bake?

June: We were mostly backstage, prepping for the next link, rehearsing, napping or working (especially during the long 5-hour bakes). We would do the occasional walk-through to chat with the contestants and help them relax, sing with them or even dance. It was fun discovering their hidden talents.

5: What did you and Nick do to emotionally support the bakers?

June: S1 was filmed pre-COVID, so we could hug them, have lunch with them or just talk to them during the breaks, especially when they seemed a little down or were missing their families. And the bad joke sessions were always a treat.

6: What sort of interactions did you have with the contestants while they were baking?

June: Mostly trying to help them relax, talking to them about their love of baking, finding out about their families and who was single, and trying to hook them up. This was really just to get them to open up and share more about themselves. Some would even teach us about baking and the science behind making bread or certain ingredients.

7: What was it like for you to see someone struggling and not be able to help them?

June: Heart-breaking! Particularly when you know it is just because of the added pressure in the tent that they have forgotten this thing they know so, so well. The producers were really strict about this, and we all understood that fairness must prevail.

8: What was it like to announce, “Bakers, five minutes”?

June: As soon as they saw Nick and I walk in, before we would even open our mouths, you could sense the panic and then we would also feel the tension.

9: What was your favourite day in terms of what you got to eat?

June: Just one day?! I’d have to say the pies and the cupcakes were my highlights.

10: Which technical challenge would have made you throw down your apron and leave?

Host June Gachui takes us inside The Great Kenyan Bake Off, now on DStv

A taste of perfection! Welcome to The Great Kenyan Bake Off on DStv