Women lead the way this March on DStv 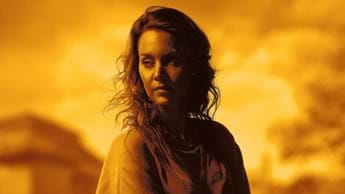 On Wednesday, 21 January 2021, Kamala Harris was sworn in as the Vice President of the United States of America. She was the first woman, the first black person, and the first person of South Asian descent to ever hold the position in the country’s entire 243-year history. Now she stands a beacon for young women who’re making their way in society. She may be the first, but she will not be the only.

On International Women’s Day on Monday, 8 March, this year’s theme is Choose To Challenge. If we want to create a world in which any girl child can chase her dreams and realise her potential, we need to address gender-based inequality on many fronts.

International Women’s Day is about representation, and celebrating women without restriction, at home and at work. The more ways in which we can see women, the better. And what better place to watch women do it all, than DStv?

On Monday, 8 March, DStv will feature Women Who Made History on the Curiosity Channel (DStv channel 185), while Miranda Cosgrove introduces us to female scientists in a number of fields in Mission Unstoppable. The start of a new season of drama series Coroner (which is headed behind the scenes by two female executive producers) focuses on Jenny Cooper's (Serinda Swan) work in a scientific field, as well as frankly addressing how she copes with enormous pressure of both the pandemic and her anxiety disorder. And fun British procedural period drama Miss Scarlet & The Duke introduces a female detective defying the norms in Victorian London.

There are also all sorts of series launching in the run-up to the 8th, the week of the 8th itself, and throughout March that put women first. From Busiswa Gqulu (aka Her Majesty), Zodwa Wabantu and Chef Nti Ramaboa, to Queen Latifah, Anne Frank and the Kardashians, it’s a celebration of women.

They’re are joining the family of female-first shows already on DStv, like new local M-Net (DStv channel 101) drama Lioness starring Shannon Esra, and all the fun new series on the recently launched female-dominated African Lifestyle channel HONEY (DStv channel 173). There’s no place women aren’t going on DStv – including into the most dangerous criminal organisations on Earth, as journalist Mariana Van Zeller demonstrates when she interviews underworld figures in the gun-running black market in the latest episode of Trafficked, on Thursday, 11 March on National Geographic (DStv channel 181) at 21:00.

Women will also be in the spotlight when kykNET (DStv channel 144) honours South Africa’s creative work during the trying 2020 art season at the 11th kykNET Fiëstas on Sunday, 7 March on kykNET at 20:00. This year’s ceremony will be held only as a televised event and nominees and artists like Corlea Botha, Lynelle Kenned, Devonecia Swartz and Elandré will be bringing viewers some stylish entertainment.

The season starts in the midst of the COVID-19 pandemic, with Jenny and her colleagues at the coroner’s office, including new pathologist Melanie (Uni Park), thoroughly overwhelmed by the flood of bodies – not all of whom were victim to the virus. In her personal life, Jenny, who’s now single again, will embrace some unusual therapies as she gets to grips with her past trauma. And Detective Donovan will have to come to terms with his own looming health crisis.

Women Who Made History S1

To stand out in history, these famous women leaders, politicians and activists had to truly swim against the tide. This documentary series looks at how we see them now, and how their behaviour was viewed in their time, from Egyptian Queen and wily diplomat Cleopatra and visionary peasant military leader Jeanne d'Arc, all the way through to anti-Nazi activist Sophie Scholl. On Monday, kids will be able to learn about Cleopatra, Jeanne d'Arc, Elizabeth The 1st and Catherine The Great.

Miranda Cosgrove presents this series about science and scientists, with fun and experiments and demonstrations presented by real working female scientists across all fields, from chemists to conservationists and more. In the first episode, Miranda meets a chemist who uses science to entertain, the series collects a huge gathering of female chemists to set off a fun chemical reaction simultaneously, a chemist teaches Miranda and her friends about make-up science, and one of Miranda’s friends meets a young scientist who’s working on saving wetlands. In the second episode, Miranda chats to a photographer who uses pictures to help save the environment, Miranda will show viewers how to make a hologram using a smartphone, an expert takes us hunting for scorpions, and we meet a Marine Biologist who’s training sharks.

This fun period drama follows Eliza Scarlet (Kate Phillips) as she takes over her late father’s detective agency, refusing to marry to escape her now dire financial situation. But since she’s living in Victorian England, she isn’t allowed to own and operate a business without a male business partner – enter her reluctant childhood best friend, William “The Duke” Wellington (Stuart Martin), who’s also her father’s former protégé. Now… how long will it take these detectives to spot William’s crush on Eliza?

Dreamy, romantic Fiorella Bianchi has had to care for her sick father and sister ever since her mother died. The Bianchis live in a dingy room, which is all that Fiorella can afford while working as a cleaner. She daydreams of a fairy-tale wedding with a man she once saw on the street. Instead, after her father dies, she and her sister journey to Mexico where their father’s 60-year-old friend, Vittorio Dragone, is waiting to marry Fiorella. But then she runs into that same handsome stranger again…

In the week of Monday, 8 March

It’s pure entertainment with Queen Latifah’s new action series, The Equaliser, and brand-new seasons of The Bachelorette (US) and Temptation Island!

Of course, female-led entertainment doesn’t start and end on International Women’s Day. Stay tuned for the following brilliant series throughout March. Some are educational, some entertaining, and there are some guilty pleasures coming up, too! Say yes to the likes of Her Majesty Busiswa, Chef Nti and Nigella. Learn more about Anne Frank, and catch up with the Kardashians.

DStv continues to roll out the game-changing products, services and channels announced at the 2020 DStv Showcase. The latest new product to go live is the highly anticipated DStv Streaming service.

Giving thanks on World Teachers’ Day