LaConco arrives in the Real Housewives of Durban

The larger-than-life personality made her debut in the fourth episode of the popular reality show. Add Showmax to your DStv account to watch it now. 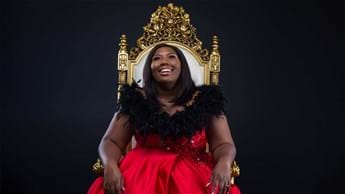 LaConco finally made her debut on the Real Housewives of Durban and it was definitely worth the wait.

The larger-than-life personality came prepared and gave viewers and the rest of her cast members levels of entertainment that were out of this world. There was style, elegance, shade and some memorable clap-backs from the KwaZulu-Natal businesswoman.

Check out some of LaConco’s spiciest quotes from her debut below:

When she shut her haters down
“I am very young. I can make my own money.”

Don’t come for her looks
“My style is elegant and subtle. I don’t want to look like a Christmas tree. I actually prefer to smell like money.”

You better come correct
“I don’t like it when someone gets overly familiar with me during our first encounter.”

She’s not here for bums in the air
“I tried to party in nightclubs, I won’t lie. I got there and found it to be noisy. People had their bums in the air and wore skimpy clothes.”

She’s really famous, okay?
“Google me because you know exactly who I am… You cannot say you’ve never heard of Nonkanyiso Conco. You would be lying, if not uJesu angabuya nge skateboard (Jesus would return on a skateboard).

Keep up with LaConco’s sassiness on Real Housewives of Durban first on Showmax. New episodes are added every Friday.

The Real Housewives of Durban S1 comes first and exclusive to Showmax on Friday, 29 January 2021. Add Showmax to your DStv bill to stream it!
Read more Get DStv