Are you ready for an in-depth and intimate look at some of SA’s brightest stars? Do you love to cook up a lekker meal that combines local and international flavours? Are you in the mood for heartbreaking movies that touch the soul? Then DStv’s local entertainment is just what you need this week 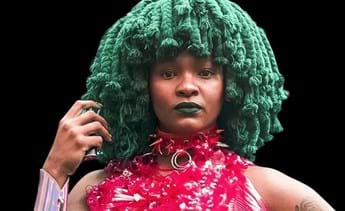 Get up close and personal with the musical wonderland in the self-titled series, Moonchild, on MTV (DStv channel 13). Shot by her team, each episode will feel like a comfortable coffee date that shows the woman behind the glitz and glamour.

kykNET (DStv channel 144) presents its Storiefilms showcase with Die Smaak van Safraan. Written by Johan van der Walt, this film will tug at the heartstrings. It focuses on the devastating loss of loved ones in a small farming community and how they work to rebuild their lives.

There are two tasty local food shows this week on Food Network (DStv channel 175). Inside Job with Chef Katlego adds something extra to international dishes that make them taste a bit more local. Street Food of Africa goes on a journey through South Africa to showcase the diversity and deliciousness of food from across the nation.

We add unlimited drama with Ngixolele on Mzansi Magic (DStv channel 161) as a man returns to his forsaken family to find redemption.

For the sports enthusiast, don’t forget that open weekend is here. That’s right, anyone can access all the sports channels from 13 to 14 March via the DStv app. Download it now!

Looking for more lekker, local entertainment? Click here for all the shows on DStv.

Moonchild Sanelly is the blue-haired beauty known for creating the music genre known as Future Ghetto Punk. Born in Port Elizabeth, the talented musician has made giant strides – from performing at local poetry events in Durban to big stages at SXSW in Austin, Texas, and Primavera Sound in Barcelona, Spain. All the footage in her first reality show will have an intimate and close feel as Moonchild’s team captures her daily life.

The movie is set in a rural town where senseless deaths from crime-related activities continue to leave the community in shock. Trying to make sense of it all, a young vet and a young farmer become friends through their own losses. Their shared sense of grief not only connects them to each other, but also begins the process of healing.

Inside Job with Chef Katlego

A man seeks redemption after abandoning his wife and son many years ago. His return comes at a very bad time as his neglected family are dealing with complicated issues. How does a man showcase his true regret while trying to be a source of comfort to his loved ones?

Chef Nti takes us on a journey around South Africa to showcase the culinary delights of our diverse country. From township to city, food is an important way to mark the different facets of life. From celebrations to grief, take a compelling look at the culinary traditions of our nation.

It’s been a rollercoaster of drama and intrigue – and with the 100th episode finally here, fans can expect an even spicier week. Stefan and Sarah welcome a new person to their little oasis. But things take a surprising turn when they realise just how intriguing their guest really is. Dineo finds herself trapped in a tough decision and Petra fears her secret will be revealed soon.

The Real Housewives of Durban

Get the DStv app (Apple or Android) and download episodes to watch on your phone or tablet. Just remember to connect to Wifi first to avoid surprise data costs.