Expand your viewing horizons with the best new series this week

Travel back to when The Rock was growing up, celebrate the return of a Texas Ranger as well as 3 exciting new K-dramas to feast your eyes on. 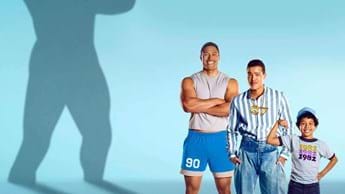 A-lister Dwayne “The Rock” Johnson is poised to take over Hollywood and you won’t hear a single complaint from us! This Friday, M-Net (DStv channel 101) will air the second episode of the megastar’s hilarious and heart-warming new sitcom, all about what life was like growing up in a family of pre-wrestlers in the 80s and 90s, and how it set him off on the road to stardom. Earning an impressive approval rating of 88% on Rotten Tomatoes since its US premiere last month, Young Rock manages to be a poignant tribute to family, hard work and also delivers all the fun and absurdity of hanging out with pro-wrestlers in the 80s.

The Korean hit channel tVN (DStv channel 134) continues to bring the best in K-drama, love and laughter to DTsv, and with not one but three new hit shows starting this week, fans will not be disappointed. Tale of the Nine Tailed is a fantasy drama about the famed nine-tailed fox spirit roaming the earth in human form. When a human appears, resembling his long-dead love, he finds himself undeniably drawn to her.

Revolutionary Love is a tender romantic dramedy loaded with unpredictable plot twists, and definitely worth adding to your binge list. Byun Hyuk (meaning “revolution” in Korean) is a carefree rich kid who suddenly finds himself kicked out of the family home and struggling to make ends meet on his own. Meeting a fascinating woman juggling three jobs shows him what it takes to not only forge his own future, but how to love as well.

Rounding up the K-drama content, Watcher is a gripping police drama about three friends banding together to solve 15 year-old unsolved murder, only to find themselves trapped in web of lies and corruption within their very own police force.

Good news for Walker fans! The popular reboot is not only back from its midseason break, but the CW Network has also announce that it has ordered more episodes for fans to sink their teeth into. The show debuted as the CW’s most watched series premiere in 5 years, proving that Walker is a series to be reckoned with.

The Rock is cooking up a new sitcom! This brand-new comedy takes viewers back to the moments that shaped the future of this larger than life wrestler-turned-superstar. Narrated by our hero 10 years into the (possible) future, we meet an older Dwayne Johnson on the campaign trail, running for US president in the year 2032. Through flashbacks he reveals amusing yet poignant events in his childhood, from hanging out with Andre the Giant as a 10-year-old, to playing on one of the best college football teams in his late teens.

Tale of the Nine Tailed S1

Brimming with Korean lore and all the first-rate K-drama and romance audiences have come to expect from tVN (DStv channel 134), Tale of the Nine Tailed stars the charismatic Lee Dong-Wook as Yi Yeon, the titular nine-tailed fox, a mythical mountain spirit in search of re-incarnated long-lost lover. Enter Ji Ah (played by Forest star Jo Bo-Ah), a determined producer of a TV show exploring urban myths, who is convinced that there’s more to the enigmatic Yi Yeon than he’s letting on.

This sweet romantic drama follows Byun Hyuk (played by Choi Siwon), a well-intentioned yet hapless heir to his family’s billions struggling to find his purpose in life. Kicked out of the family house and forced to earn a living for the first time in his pampered life, he meets Baek Jun (Kang So-Ra), a working class woman juggling multiple part-time jobs just to make ends meet. At first it seems that the two have little in common, but soon Jun shows Hyuk how to take charge of not only his own life, but also their combined destiny.

This taut and suspenseful police K-drama will have subscribers on the edge of their seats with every shocking twist and turn. A trio of detectives form a special internal investigative squad hoping to solve the cold case of a devastating murder that changed their lives forever. But as they begin to uncover the truth, it becomes clear that they are grappling with politics and corruption within their very own ranks.

In this week’s episode, Captain James and Liam Walker team up to investigate Emily’s death, without involving Cordell - for the time being. We also see the return of Hoyt, who is reluctant to get involved at first, but might be swayed to lend a hand due to his past connections with Emily.

Looking for more international series to binge? Check out this month’s Box Sets or click here for more top picks.

Sign up for DStv Now, a free service for all DStv subscribers. With DStv Now, the same channels you watch on your decoder at home are available for you to stream online, or using the DStv Now app on your phone.