Sing, dance, laugh and make friends this week with DStv’s School of Laughter

Education and entertainment go hand-in-hand this week as we learn about DNA, discover the magic of kindness and saying Hi to old friends. All this and more in this week’s School of Laughter highlights on DStv. 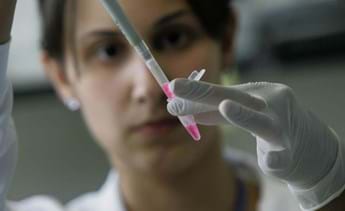 DStv’s School of Laughter is where the fun is at this week!

The more scientists study the human genome, the more extraordinary it appears, telling an immensely long and complicated history. Yet that’s just the blueprint. Searching For The Superhuman on Da Vinci (DStv channel 318) takes a look at the unlocked potential that could be the answer to stop ageing, prevent disease and unleash the ultimate human experience.

In The Wishmas Tree on M-Net (DStv channel 101), we get a taste of Christmas again. Every year in the land of magic, this magical tree grows from a magical seed. Animals come from all over the world to write their wishes on brightly coloured leaves and place them high among the branches of the Wishmas tree.

Besties Corn & Peg return to Nicktoons (DStv channel 308) for another lovely season. Corn, a pegasus, is a natural-born doer and willed herself to have a sunny disposition. Her best friend, Peg the unicorn, suffered an innocence lost to a precarious childhood. Yet their friendship has outlasted an orphanage, the foster care system, and even life itself. Corn & Peg have seen it all and they face any challenge together.

Classic John Legend look-alike, Arthur, is one of the most popular cartoons on PBS Kids (DStv channel 133). The series is based on a best-selling series of children's books about Arthur Reed, a curious 8-year-old who deals with life through humour.

Searching For The Superhuman

There are 100 trillion bacteria in the human gut alone, only 10% (read: 1 trillion) of which have been identified. The microbiome is one of humanity’s biggest scientific breakthroughs of recent years. It has thrown open a whole new frontier of investigation and research into dysfunction and disease on the most microscopic scale – but with profound implications for mental and physical health.

Life as a possum isn’t so bad. You get to live in tree holes and the trees are so tall that they block out most of the sun, so you don’t even have to deal with the glaring summer rays. But one of these possums, named Wishmas, was a young, idealistic buck with a big problem: he didn’t think this was enough. He had bigger plans for his life.

Ever wonder where you can find an equestria full of wonderful and interesting ponies? Of course not! You already live there! Corn and Peg are two average fillies who spend their days hanging out with friends, doing good deeds, and all that good stuff. Come along with them as they learn magic, teleport across various dimensions and go on trips to the moon. Also, avocados.

The Tom and Jerry Show S5

How to do stuff good

Need a break? DStv’s Top Picks can help you find the perfect new show to keep the kids entertained.

Get the DStv app (Apple or Android) and download episodes to watch on your phone or tablet. Just remember to connect to Wi-Fi first to avoid surprise data costs.