Telenovelas to watch on DStv this August

A set of twins are accused of murder; the other set are rivals in love. Can your heart take it? 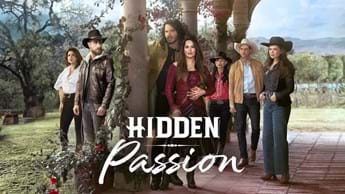 Pour a cup of that tension tamer tea, pop those heart meds, and start working on your TV fitness programme – with new telenovelas starting on DStv in August and September. Every episode needs to flex your core, tighten those bottom muscles and strengthen your grip on your remote. By the end of the month, you’ll be a TV Tiger, and no one will dare try to flip channels on you!

And why? Because you’ll need to be at super-strength for twin trouble in Hidden Passion on Telemundo (DStv Channel 118) and double drama in Head Over Heels on tlnovelas (DStv Channel 133).

Professor Genaro Carreño (Alvaro Garcia) has been found drowned and tied to a chair at the bottom of a lake. A blackmailer makes a taunting phone or two. When the police raid the Reyes-Elizondo family farm, twin sons León (Juan Manuel Restrepo) and Erick Reyes (Sebastian Osorio) have fled, while an incriminating video shows them physically attacking the Professor, who has a reputation for bullying and abusing them at school. Later, the twins confess that the Professor accused them of getting his (now-missing) daughter Adela Carreño (Laura Torres) pregnant. Could this shocking murder and pregnancy scandal link back to the events that brought León and Erick’s parents together nearly 20 years back (in the original Hidden Passion telenovela in 2003)?

We love nothing more than a love triangle between a beautiful young woman and twin brothers, one good, the other wicked but with a twinkle in his eye. The bad twin’s major sin always seems to be that he makes his nice brother look boring! Sweet, innocent Natalia (Livia Brito) falls in love at first sight with handsome Diego (Juan Diego Covarrubias). But Diego’s twin Rodrigo (Juan Diego Covarrubias) takes a look at Miss Natalia and realises that there are no limits to what he’d do to take her for himself… including taking over Diego’s identity. This drama is not afraid to have a little laughter along the way.

What better way to prepare for twins than by studying a local telenovela that features eight brothers? The Wife Season 1, based on the novels by Dudu Busani-Dube is coming to Mzansi Magic (DStv Channel 161) in September, too. And you can start flexing for September with season 1 of Imlie on StarLife (DStv Channel 167) in August, too.

It’s a Hindi romantic drama which follows smart and studious young Imlie, who’s the prettiest girl in her village and theoretically, she could have her pick of the bachelors. But life chooses for her when she and journalist Aditya (Gashmeer Mahajani) are forced to shelter from a storm together, and by the laws of her village, they are forced to marry at once! The spanner in the works is Aditya’s love of seven years, his fiancée Malini (Mayuri Deshmukh). Prepare to yell at your TV with this telenovela.

Inspired by local author Dudu Busani-Dube’s Hlomu book series, this telenovela follows the Zulu brothers – a Johannesburg crime family, who run a taxi empire – through the eyes of the women they love. Season 1 is centred around middle brother Mqhele (Bonko Khoza) and his troubled marriage with journalist Hlomu (Mbalenhle Mavimbela). Hlomu breaks her engagement to doctor Sandile (Kay Sibiya) after meeting Mqhele at a taxi rank, unaware that his family is behind the cash-in-transit heists that she’s investigating. Watch one episode and you’ll know why The Wife was a Twitter topper!