March is amazing with this local entertainment

Awards season kicks off for local TV, complicated love stories and a timeless tale of the power of a mother's love – DStv has all the local to love this week. 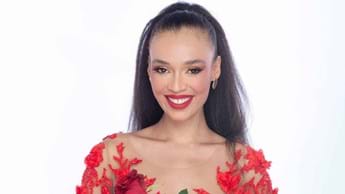 March is here but love is still in the air for the stunning Bachelorette SA, Qiniso Van Damme – and things are heating up quickly. Just a few episodes have aired on M-Net (DStv channel 101), but the eligible young men vying for Q’s attention are ready to step up in a big way. Keen to see what she’s looking for? Then read on here.

Lioness brings a new level of drama as Sam works to prove her innocence on M-Net (DStv 101). Much to her surprise, the people she has grown to trust are keeping important information from her. Keep your eye on the rollercoaster with all the best updates here.

Missing a good party? Then a local awards show is just what you need. The 11th kykNET Fiëstas on kykNET (DStv channel 144) will honour the creative artistry of the past year. Fashion, drama and stunning performances will make this an event not to be missed.

If you’re looking for a bit more drama, then Mzansi Magic (DStv channel 161) has what you need. Indiela Zimbili touches on the complex nature of motherly love and friendship. Zandile and Mathabo have two things in common: they’re both single mothers and live on the same street. But that’s where the similarities end.

Moja Love (DStv channel 157) is bringing all the spice this week. First up, AmaBishop discusses churches that find themselves embroiled in scandals of many kinds these days. 1st Wife vs 2nd Wife is about Chidi, a man who has left his house to stay in the middle of nowhere to find solitude, leaving behind his wife and mariama. But nothing is what it seems.

A poignant tale, Fiela se Kind is an emotional story that will tug at your heartstrings on kykNET (DStv 144). The story begins with a mother and son who are very close to each other. However, due to various reasons, the mother has to let him go to school and get on with his life. He gets into an accident and loses his memory.

With parts of this incredible film shot in Cape Town, Superhuman is an international thriller with a local feel. Get ready for amazing twists and turns with intense action – that’s what’s in store with Vin Diesel in Bloodshot on M-Net (DStv channel 101) this week.

All this awesome local content might seem too good to be true – but there’s one more surprise coming up next week. For one weekend only, all SuperSport channels will be available for everyone from 13-14 March on the DStv app. That means you can watch the latest and greatest in SuperSport anywhere, anytime. Have some questions about the app? Check out more info here.

Looking for more lekker, local entertainment? Click here for all the shows on DStv.

Life for Sam keeps getting more complicated. She realises that there is much more than meets the eye about Adrian’s disappearance – and that Sifisi and Jason are working hard to keep it covered up. Dodgy transactions and family secrets are all part of a sinister truth.

Sparks were flying at the cocktail party – and as Qiniso’s chemistry with some of the suitors becomes more obvious, jealousy from the rest grows. The challenge for those who haven’t made an impression just yet is to win a one-on-one date. But have they missed their chance already?

Watch on Catch Up now

We honour local South African creatives’ work from 2020 – a difficult time for artists and creatives alike. This year’s ceremony will be held as a televised event and nominees and artists such as Corlea Botha, Lynelle Kenned, Devonecia Swartz and Elandré will delight audiences despite the distance.

The church finds itself embroiled in scandals of many kinds lately. For one man, it's the lack of single men in the church. For another, it's the refusal of women to wear pants to church. Another is not happy that the deacon has been acting funny and is threatening legal action. Another complains that his Sunday School teacher doesn't know how to pronounce Gethsemane. And some are wondering what happened to all the money they've been giving as donations every week.

Vin Diesel is unstoppable in this pulsating movie based on the hit comic book of the same name, which was filmed in Cape Town. On a mission to take down a ruthless dictator using mind-altering drugs, super-soldier Bloodshot (played by Diesel) finds himself injected with one of his own experimental pills as he slips into a violent hallucination. But nothing is as it seems as Bloodshot finds himself fighting for survival against forces both inside and out. Who can you trust when you can’t even trust yourself?

Vin Diesel is unstoppable in this pulsating movie based on the hit comic book of the same name, which was filmed in Cape Town. On a mission to take down a ruthless dictator using mind-altering drugs, super-soldier Bloodshot (played by Diesel) finds himself injected with one of his own experimental pills as he slips into a violent hallucination. But nothing is as it seems as Bloodshot finds himself fighting for survival against forces both inside and out. Who can you trust when you can’t even trust yourself?

It was an early morning when Chidi woke up to leave his house with his two suitcases full of belongings. He had left a note to his first wife on the kitchen table informing her that he had gone away in search of peace leaving behind his wife and Maria, their daughter.

He would like to return after two weeks with new enlightenment and hopefully would be willing to listen to reason and do what he has always wanted in the past: to legitimise the relationship with the second wife. Before leaving, he got into a cab waiting at the corner of his street with all his luggage. The driver was amused enough by the poorly packed bags of an elderly man. He decided to pick him up expecting a good amount of money.

This tale is about a mother and her son. They are separated from each other for many years. The story of their separation brings tears to your eyes and at times makes you feel like you are the one who was born in the wrong world and never had the chance to meet your mother. I am sure that you will learn many things from this heartwarming story.

Get the DStv app (Apple or Android) and download episodes to watch on your phone or tablet. Just remember to connect to Wi-Fi first to avoid surprise data costs.