A woman between two worlds 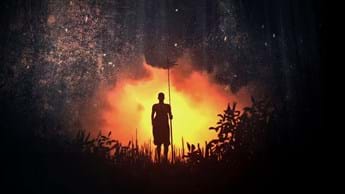 Whether they’re looking for closure or clarity following a loved one’s passing, local medium Thembi Nyathi helps grieving viewers find healing through spiritual readings on her show, Dloz’Lami. She believes that her clients need answers that only the spiritual world can offer to come to terms with their loss.

“With the help of the spiritual guides, I provide solutions to the client’s problems. I validate their suspicions around their loved one’s passing and encourage them to move on,” says Thembi.

An example was in the first episode when the medium revealed to three sisters that their father was murdered by their stepmom and not their now-late grandmother as they had thought. Their father’s spirit came forward and spoke through Thembi, detailing the events of his sudden demise. What followed next was Thembi comforting the siblings and advising them against seeking vengeance. Instead, she urged them to forgive their stepmom so they could find peace as the sisters had been carrying around their sorrow for years.

“Dloz’Lami is eye-opening. I believe that it will educate viewers about African beliefs and the role that our ancestors play in our lives,” explains Thembi.

With August being Women’s Month in South Africa, Thembi reveals what it’s like being a female medium and acknowledges a woman in her life who’s had a positive impact on her calling.

If given the choice to pick another career path, Thembi would still be a medium without a doubt. She’s confident that it’s her calling, as her greatest pleasure comes from helping others. “The gift was passed on to me by my mom, who happens to be my biggest cheerleader and mentor. Like the spirits, she continuously steers me in the right direction and encourages me to confidently embrace and practise my gift without doubts,” reveals Thembi.

Over the years, Thembi’s highlight has been helping other women overcome spiritual roadblocks that prevent them from reaching their goals, be it in their careers or relationships. “Spirits offer resolutions and breakthroughs. I’ve seen spirits unchain women who’re trapped in confusion and fear. They provide wisdom and direction for the women to break free from whatever is holding them back from following their dreams,” explains Thembi. “Witnessing this amazing transformation in the women who I’ve helped has certainly reassured me to continue practising my gift because there’s nothing more extraordinary than a daring woman.”

Connected to the other side

Thembi explains that the biggest misconception that people have about her gift is that she worships demons, which she strongly denies. “I just want to make it clear that I don’t,” she says sternly.

“There’s absolutely nothing demonic about connecting to ancestors or recognising them. I’m just honouring my purpose,” says the medium, who further explains that she has a great relationship with the spirits who guide her. “They accommodate my life. When I leave the office, they shut down. The spirits respect me and my personal space. When I sleep at night, they don’t disturb my peace. If anything, God calmly wakes me up each morning.”

Led by the spirits

During her readings, Thembi is as candid as they come. She doesn’t hold anything back and tells it like it is. “I blame the spirits,” jokes Thembi. “One thing about the spirits is that they don’t sugarcoat anything. I’ll try to be subtle in delivering the message, but I have to be truthful and sincere as instructed,” she adds.

How to watch Dloz’Lami online

Sign up for DStv Now, a free service for all DStv subscribers. With DStv Now, the same channels you watch on your decoder at home are available for you to stream online or by using the DStv Now app on your phone.