Watch the eKasi Champ of Champs: Plate and Cup Semi-finals 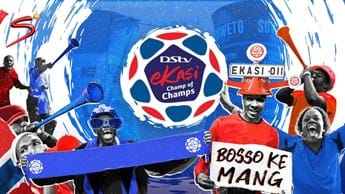 SuperSport has taken football to the streets and for the past weeks we have been introduced to some talented players. After a nail biting season of eKasi Games, the Semi Finals are upon us, with the Finals following closely behind on July 03, live on SuperSport Premiership League.

Where and When To Watch:

Stream it live via the DStv App.

Get the DStv app (Apple or Android)

SuperSport Premiership League (DStv Channel 202) is available to all DStv Premium, Compact Plus and Compact customers. To upgrade your existing package, click here. Or if you'd like to Get DStv, find a service that suits your needs here.

Tear up the rules this Women’s Day with 5 shows that celebrate sisters writing their own story, on DStv.