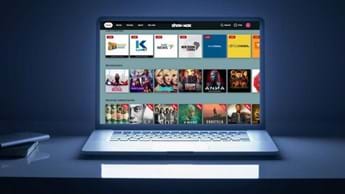 Showmax is testing live streaming of two of South Africa’s most popular local channels. Showmax subscribers in South Africa are now able to live stream kykNET (DStv 144) and Mzansi Magic (DStv 161) 24/7 with the launch of two pop-up channels on the streaming service.

DStv customers who do not have these channels on their current DStv packages can add Showmax to their DStv package to stream these channels 24/7. The Mzansi Magic and kykNET pop-up live streams will be available until 31 March 2021.

Speaking about the launch of the pop-up live streams, MultiChoice Group CEO for General Entertainment and Connected Video, Yolisa Phahle, says: “We’re always looking at ways of making the Showmax experience better for our customers. During last year’s lockdown, we gave subscribers access to live news channels. Now, following this month’s presidential address, South Africans will continue to spend more time at home and so, once again, we’d like to make sure our customers have something extra.”

The Mzansi Magic live stream is available exclusively in South Africa while kykNET is also available in Botswana, Namibia, Zambia and Zimbabwe.

The live streams will be available on all Showmax plans including Showmax, Showmax mobile, Showmax Pro and Showmax Pro mobile. Showmax and Showmax Pro – which includes live sport from SuperSport including all Premier League, Serie A and La Liga matches – are available as standalone streaming services to anyone with an Internet connection and the right devices, such as phones, tablets, smart TVs and laptops, from only R49 per month.

Showmax’s mobile plans provide full access to all the content on Showmax or Showmax Pro for half the price and the Showmax mobile app includes data-saving settings that limit data usage to less than 100MB per hour.

Other highlights to stream on Showmax this January include The Real Housewives of Durban, the final season of Vikings, R-rated comedy PEN15, a special episode of HBO’s Euphoria and the award-winning South African film, Moffie.

The Mzansi Magic and kykNET pop-up live streams will be available until 31 March 2021.

Did you know that if you’re a DStv subscriber, you pay even less (or nothing at all) for Showmax? DStv Premium subscribers get Showmax for free while DStv Compact Plus, Compact, Family and Access customers only pay R49 for Showmax.

Generations of Bonds are here on a top-secret mission to entertain and amuse you on the M-Net Movies 007 James Bond Pop-Up Channel (DStv 111).