Ten brand new, one-hour episodes of the SAFTA-award winning series will premiere on Sunday, 7 February at 20:00 on E! (DStv 124). 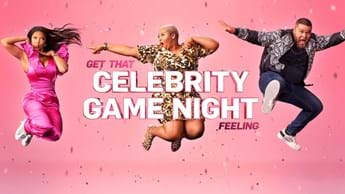 Overflowing with fun and laughter, Celebrity Game Night is back for more side-splitting antics as our favourite local stars battle it out to reign victorious. Based on the Primetime Emmy Award-winning series Hollywood Game Night, 10 brand-new, one-hour episodes of the SAFTA award-winning series will premiere on Sunday, 7 February, at 20:00 on E! (DStv 124).

Returning to lead their celebrity squads to victory are original team captains, Jason Goliath and Ayanda Thabethe, while the razor-sharp Anele Mdoda reprises her role as host.

The first season featured some of the biggest names in local entertainment such as Minnie Dlamini-Jones; Alex Caige; Dineo Langa; Ice Prince; Boity; Maps Maponyane; Roxy Burger and Lerato Kganyago. This season, Celebrity Game Night welcomes new celebrity guests, along with some returning faces, who take each other on in hysterical games such as “Where Are You Going?”, “Popped Quiz” and “Clue Boom.”

Battling it out in the season premiere on Sunday 7 February, at 8pm CAT are:

Get the DStv app. It’s no extra cost for DStv subscribers. With the DStv app, the same channels you watch on your decoder at home are available for you to stream online at https://now.dstv.com/, or using the DStv app on your phone.