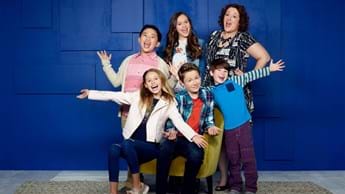 Disney Channel’s popular live-action comedy series Coop & Cami Ask the World returns to the channel weekdays at 17:25 from Monday, 1 March, for more hilarious antics. The middle-school siblings, Coop and Cami Wrather, co-host a popular online show called Would You Wrather where they pose off-beat questions for the show’s millions of followers – called Wratherheads – asking for help with their problems.

In the Season 2 premiere episode, Cami’s ongoing prank war with Pam causes Charlotte to bite her tongue losing her ability to speak clearly. This forces Cami to take her place at the debate team regional finals. Then later in the season, the siblings have to deal with a copycat channel that pops up, which means Coop and Cami need to up their game to prove Would You Wrather is here to stay!

"We're so thrilled at how Disney Channel’s audience has taken to this warm and relatable family where, in their household, every day is an adventure,” says Evert van der Veer, Vice-President, Media Networks, The Walt Disney Company Africa. “Fans of the show will undoubtedly find more fun and madcap escapades as the siblings entertain their devoted followers.”

The Disney Channel is available on DStv’s Premium, Compact Plus and Compact packages. To upgrade your account or to get DStv, click here.