Blowing the lid off Entertainment on #DStvRoundtable 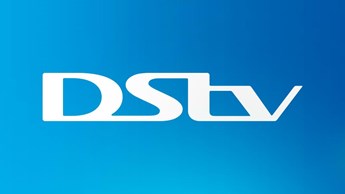 A panel of local stars returns for another session of the #DStvRoundtable to chat with comedian and host Donovan Goliath about the entertainment industry. As much as they’re fond of their professions and enjoy being behind the camera, celebs point out that the South African film and television industry has its downsides, especially when compared with the international market.

They touch on touchy subjects – from the lack of transparency and support from their producers to the ways that social media influencers have impacted their industry.

“Network channels and casting directors shouldn’t ask us to provide our social media handles on [resumés] while auditioning. As mentioned, the craft must come first,” says Didintle (Esther in Isono on BET) when asked about aspects that need to improve about the acting world. “The beauty about the South African audience is that they’re interested in seeing fresh faces and different actors playing diverse roles, so open up the industry,” she adds.

There’s plenty to unpack. Grab a chair and join the conversation #DStvRoundtable.

The question of time

In the first half of the discussion, the performers discuss the short time spans in which they need to prepare after landing a role. “You get cast and a week later, you’re already shooting,” says Kate (Abi in Still Breathing, which is now on Showmax). The rest of the members nod their heads in agreement, especially Kgosi, who stars as troubled teen Zakwe in BET’s (DStv 129) daily drama Isono, Mondays to Thursdays at 21:30.

“With international films, everything is catered for while you’re on set. Locally, everything is fast, [production] is so quick that even the thought process of getting into the character is [a challenge],” explains Kgosi.

The conversation switches to the performers deliberating on the incidents of being treated unjustly which they’ve had to overlook to keep their jobs or to avoid conflict in the workplace. “The international standard has been set so high that they aren’t used to anything less [than equal pay, reasonable treatment],” says Stephanie (Bibi in Getroud Met Rugby). “We’ve become accustomed to taking on so many more [difficulties] and just being grateful that we’re [employed] – which isn’t a bad thing, but we see the difference when an international actor arrives on set, and the treatment is like night and day,” adds the actress.

Zola (Lefa in soccer drama Vula Vala) echoes Stephanie’s statement. “If the industry doesn’t treat actors with the love and compassion they need and deserve for all the hard work they put in, how is the rest of South Africa going to value us?” asks Zola.

Expanding on Didintle’s point, the panel agrees that production companies have recently started hiring more social media influencers on movies and shows to gain more viewers, which rubs them up the wrong way. Not because they aren’t good enough, but in Lorcia’s (star of local dramas Still Breathing and Lockdown, both now on Showmax) words, “I’m not okay with not getting the job because someone else outnumbered me [social media followers].”

Lorcia goes on to speak strongly about the lack of diversity on local television screens. As a coloured woman, she feels under-represented and marginalised as there aren’t many characters who mirror her lived experiences. “If you watch any show, there’s no lead coloured performer unless you go to kykNET (DStv 144). And I can name two, Suidooster and Arendsvlei. How many people should act in those shows?”

While Rozanne (presenter of Besigheid Wat Saak Maak and Kopskuif) is part of the Unscripted panel, her opinions are in line with Lorcia’s. As a woman of colour in the entertainment industry, she also believes that black women should be given a platform to create more content. “If given a chance, I’d invest in black female filmmakers,” says Rozanne. “I think it’s so important to build up that group because, for a long time, we didn’t have a voice and weren’t in the room. We want to be in the room and we want to make decisions. It’s imperative that we find the talent and give them a voice.”

The stars from both panels agree that producers should think out of the box and take more risks. “We need to be bolder and bigger,” says Rozanne. “We tend to step back when we actually need to be thinking about producing a show. We should not only think about producing shows for this country but from this country, so they can be taken to the global stage. We have incredible stories to tell and we have such creative minds.”

Janina (co-presenter of Toks ’n Tjops) promptly agrees with Rozanne. “There are so many stories to tell in South Africa,” says Janina. “Slowly but surely, we’re getting there [producing creative content] but it is going to be a [long] process. There are those in the industry who want to [mould] a Hollywood-like story with a storyline A, B and C. You know, the usual girl meets boy and just add a bit of South African flair. We have more to tell than just that.”

Intrigued by the passion and talent? Our brightest stars have a lot to say and you can see it all on DStv’s YouTube. Just search for #DStvRoundtable