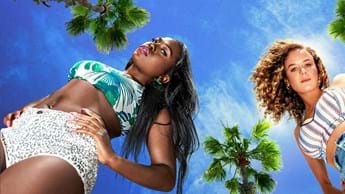 Based on the James Grady novel Six Days of the Condor and the 1975 film adaptation Three Days of the Condor, Condor follows young CIA analyst Joe Turner, who is drawn into a deadly terrorist plot that threatens the lives of millions.

Condor has an 86% critics rating on Rotten Tomatoes, which praises its “slick concept and propulsive pacing”, while Washington Post described it as “quite the little pulse-pounder - the sort of thing 24 fans can eat with a spoon.”

On Becoming a God in Central Florida | Binge now

Critics’ Choice winner and Emmy nominee Kirsten Dunst (Fargo, Spider-Man) was nominated for both a 2020 Golden Globe and a 2020 Critics’ Choice award for Best Actress in this comedy drama about a minimum-wage water park employee who lies, schemes, cons and kicks her way up the ranks of the cultish, multibillion-dollar pyramid scheme that drove her family to ruin.

The series has an 85% critics rating on Rotten Tomatoes, where the critics’ consensus calls it, “a clever and absurd satire that will make you want to buy whatever Kirsten Dunst is selling.” 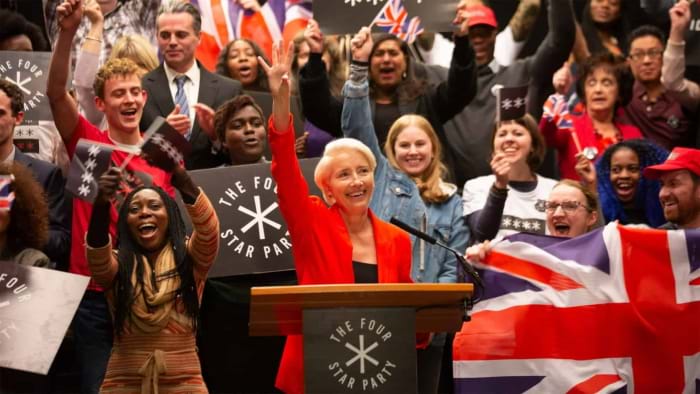 From award-winning writer Russell T Davies (A Very English Scandal, Dr Who), Years And Years is a six-part drama that follows the lives of a single family, the Lyons, over 15 years in a Britain rocked by unstable political, economic and technological change.

Russel Tovey (Being Human) and two-time Oscar winner Emma Thompson (Sense and Sensibility) were nominated for Supporting Actor awards at the 2020 Critics’ Choice Awards, where Years and Years was also up for Best Limited Series.

The HBO show has an 8.4/10 rating on IMDb and an 89% critics rating on Rotten Tomatoes, where the critics’ consensus says, “Years and Years scathingly critiques the present with a nihilistic projection of the future, leavening the devastating satire with a buoyant sense of humour and characters who are easy to become invested in.” 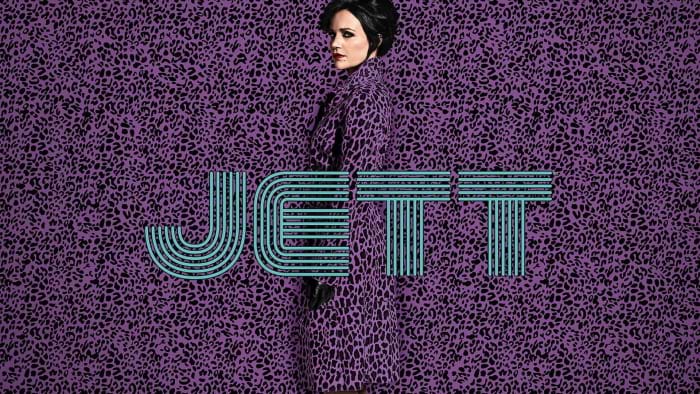 World-class thief Daisy ‘Jett’ Kowalski (Teen Choice nominee Carla Gugino from The Haunting of Hill House) is just out of prison and already being forced back into what got her there by a group of eccentric and dangerous criminals.

Jett has a 94% critics rating on Rotten Tomatoes, where the consensus says, “Carla Gugino shines in Jett, a stylish - if overtly violent - noir that benefits from its willingness to crank its genre set-pieces up to eleven.”

Inspired by series creator Laura Chinn’s real-life struggle growing up on the West Coast of Florida, Florida Girls follows four women on the wrong side of the poverty line, who are forced to confront their stagnant lives when their only ambitious friend moves away to follow her dreams.

Florida Girls has an 85% critics rating on Rotten Tomatoes, with Time calling it “the most fun you’ll have in front of the TV this summer… For all its smart social commentary, the show is first and foremost a madcap comedy – one that makes a shrewd addition to the lineup of fresh, funny talent on Pop TV, an up-and-coming cable channel that Schitt’s Creek put on the map… With its raunchy, inventive humour and commitment to laughing with its characters more than at them, Florida Girls may well turn out to be the most enjoyable new show of the summer.” 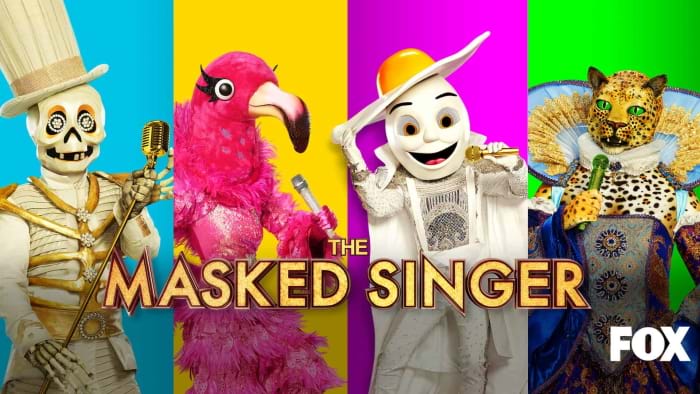 This super fun, mega-popular musical reality/game-show just won Outstanding Costumes: Variety, Non-Fiction or Reality at the Emmys, where it was also nominated for Outstanding Competition Programme.

Season 2 features even more undercover celebs (last season’s line-up included Grammy winners, pro athletes, video gamers and YouTube influencers), all concealed from top to toe in awesome costumes as they perform covers of famous songs and get us all guessing… until they’re unmasked if they receive the fewest votes.

The show is once again hosted by Nick Cannon, with panellists Ken Jeong, Jenny McCarthy, Nicole Scherzinger and Robin Thicke taking their best shots (and often missing) at who the mystery contestants could be.

Primal S1B | First on Showmax | Express every Monday from 5 October

From Genndy Tartakovsky (Samurai Jack, Hotel Transylvania), Primal follows a caveman at the dawn of evolution and a dinosaur on the brink of extinction. The two creatures, one on the way out and one on the way in, become each other's only hope of survival in a treacherous world.

Primal has an 8.7/10 score on IMDb and a 100% critics’ score on Rotten Tomatoes, where the critics’ consensus is, “Epic in every sense, Genndy Tartakovsky's Primal is a stunning feat of visual storytelling.”

When Alex Rider learns that his Uncle Ian was killed in the line of duty as a British spy – and not a car accident like he’s been told – everything changes for this otherwise normal teen.

Alex is approached by Alan Blunt, head of a top-secret offshoot of MI6 known as The Department, who reveals that he’s been unknowingly trained since childhood for the dangerous world of espionage. Pressured to leave his old life behind, Alex goes undercover to investigate the connection between the deaths of two billionaires and a remote boarding school called Point Blanc, aided by his classmate Kyra, best friend Tom, and his au pair Jack.

Based on the best-selling Alex Rider books by Anthony Horowitz, the series has an 81% critics’ score on Rotten Tomatoes, with Daily Telegraph hailing it as “a junior version of the Bourne franchise… that can also keep adults entertained.”

Into the Dark S1 | Binge from 19 October

In this horror anthology from Oscar-nominated producer Jason Blum (Us, Get Out), each episode is inspired by a holiday, from Halloween to Thanksgiving, Christmas to New Year’s Eve.

Look out for the likes of Emmy nominee Jimmi Simpson (Westworld), Teen Choice Award winner Josephine Langford (After), Dermot Mulroney (My Best Friend’s Wedding, August: Osage County), and Harvey Guillén (Guillermo in What We Do In The Shadows).

Into The Dark was nominated as Best Series at the Fangoria Chainsaw Awards 2020.

In the 1950s, Atticus, a young African-American, sets out on a road trip with his friend and uncle to find his missing father. This catapults the three into a struggle for survival against the dual terrors of Jim Crow-era America and terrifying monsters that could be ripped from a paperback written by pulpy horror author HP Lovecraft.

Based on the cult novel by Matt Ruff, Lovecraft Country is a collaboration between Misha Green (creator of Underground, named Best New Cable/New Media Show of 2016 by the African-American Film Critics Association) and Oscar winner Jordan Peele (Us, Get Out), executive produced by JJ Abrams (Star Wars, Star Trek, Lost, Super 8, Westworld).

Lovecraft Country has an 87% critics rating on Rotten Tomatoes. As Newsday put it, “To call Lovecraft Country ‘wildly original’ seems almost a quaint understatement. But it is wild. And original. Little doubt about that.”

Enslaved is a six-episode docuseries that explores 400 years of human trafficking from Africa to the New World by following the efforts of Diving with a Purpose, as they search for and locate six slave ships that went down with their human cargo.

Executive produced and featuring Oscar nominee Samuel L. Jackson (Pulp Fiction, Avengers), Enslaved tracks the efforts of divers as they utilise new methods of underwater archaeology to identify and locate these sunken slave ships for the first time in history. These modern day adventures serve as a springboard to tell the stories of the ideology, economics and politics of slavery, while also celebrating stories of resistance, the cultures left behind and the culture that we live in.

The series also traces Jackson’s DNA back to Gabon, where he visits in the first episode to locate his own ancestors in the Benga tribe.

Set in 1939, on the eve of the German invasion of Poland, World on Fire follows the interwoven stories of ordinary people caught up in catastrophic global events beyond their control.

The critically acclaimed World War II drama has an 84% critics rating on Rotten Tomatoes and has already been renewed for a second season.

The impressive cast includes BAFTA winner Sean Bean (Game of Thrones, Lord of the Rings), Oscar winner Helen Hunt (As Good As It Gets, Mad About You), Oscar and BAFTA nominee Lesley Manville (Phantom Thread, Harlots), and Jonah Hauer-King (Little Women) who’s set to star as Prince Eric in the upcoming Disney live-action remake of The Little Mermaid.

“It's hard to recall any dramatic work that captured the terror of this invasion with such immediacy,” says Wall Street Journal.

BBC hailed it as a “must-watch”, with Scott Bryan calling it “deeply haunting… a remarkable form of storytelling; from different sides, different locations, people from different classes, sexualities...", and Hayley Campbell praising its depiction of “war, on a personal level… focusing on civilians rather than soldiers; this huge global thing shrunk right down.”

I May Destroy You centres on Arabella (BAFTA winner Michaela Coel from Chewing Gum), a carefree, self-assured Londoner with a group of great friends, a boyfriend in Italy, and a burgeoning writing career. But when her drink is spiked with a date-rape drug, she must question and rebuild every element of her life.

I May Destroy You is #21 on Rotten Tomatoes Best TV of 2020 (So Far), with a 97% critics rating and a critics’ consensus that reads, “I May Destroy You is at once brave and delicate, untangling the trauma of sexual assault with dark humour and moments of deep discomfort, all held together on the strength of Michaela Coel's undeniable talent”.

In their five star review, The Guardian raved, “It is the drama of the year so far… Michaela Coel’s exploration of consent, race and millennial life… works on every level... An extraordinary, breath-taking achievement without a false note in it, shot through with humour and with ideas, talent and character to burn at every perfectly plotted turn.”

Including it in their roundup of the 10 Best TV Shows of 2020 So Far, The Hollywood Reporter called it, “The most ‘2020’ show of 2020”, adding that it’s “representative of the mood of the moment – the combination of anger, confusion, uncertainty and unexpected humour; the exploration of intersections of gender and race, sexuality and violence, youth and hard-earned experience.”

Everything on Showmax in October

Other international series you can binge in September include:

To see everything on Showmax in October, including the box office hit John Wick: Chapter 3 – Parabellum, click here.

DStv Premium subscribers get Showmax for free and DStv Compact Plus, Compact, Family and Access customers only pay R49 for Showmax. Add Showmax to your DStv bill at showmax.com.