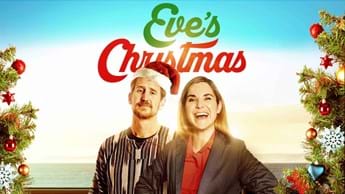 As 2021 draws to a close, M-Net viewers can expect non-stop entertainment with a sizzling selection of festive watches to suit every taste this month.

From excellent local and international movies and series, to fly-on-the-wall documentaries and candid specials on hot topics, M-Net (DStv Channel 101) and M-Net Movies 1 (DStv Channel 104) have a spread to rival even the tastiest of Christmas meals.

From legendary names such as Princess Diana and Tina Turner, to the top talents in South African film, we want you to choose joy when you tune in this month.

Our full list of M-Net movie highlights for December:

In the series world, we see the long-awaited return of Charlotte, Samantha and Miranda with a double bill episode of the Sex and the City sequel series …And Just Like That (starting on 13 December on M-Net at 20:30 and 21:30). Showmax has also made all six seasons of Sex and the City available for fans to binge.

Other international series highlights on M-Net in December include:

What’s the holiday season without some music specials? This month, M-Net brings its viewers a variety of documentaries and specials featuring iconic names like Princess Diana, Britney Spears, Tina Turner and the Spice Girls.

It’s also time for viewers to say goodbye (for now) to some favourite shows, including our hit cooking reality competition, My Kitchen Rules South Africa, which wraps up its hot season 3 on 12 December at 18:00.

Other finales to watch this month:

Wherever the festive season takes you, M-Net and M-Net Movies 1 will be there to bring you fun, laughs and adventure, and time to kick back with your loved ones as you tune into your favourite channels. ‘Tis the season to be thoroughly entertained.