In an extended 90-minute instalment on Sunday, 7 November, Carte Blanche tackles everything from GBV to climate change. 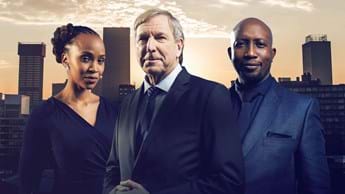 When it comes to bringing raw, human stories to our living rooms, no other actuality show does it quite as meticulously and elegantly as Carte Blanche. With the show having occupied the 19:00 slot on a Sunday on M-Net (DStv channel 101) for over 30 years, audiences have come to expect insights into the lives of South Africans they would otherwise never have even been aware of.

This coming Sunday’s extended 90-minute line-up on 7 November gives the show a little time to dig deeper into two devastating reports. The Carte Blanche team gave us a sneak peek into what to expect…

It’s a truly horrific story which manages to deliver an unexpected glimmer of hope… On 3 January 2012, South Africa woke up to the news of a woman who was brutally raped, abused and tortured by her ex-husband and his three accomplices. Her attacker, Johan Kotze, soon became known as the Modimolle Monster – a name given to him by the media at the time. But Ina Bonnette, who lived to tell her unimaginable story of survival, has finally broken free from her abuser’s chilling moniker.

It makes for a challenging watch, but Ina Bonnette’s interactions with Carte Blanche presenter Claire Mawisa brings to light the story that got lost behind the headlines.

It’s the story of Ina, a then-single mother who simply wanted to be loved. Instead, she came face-to-face with darkness and hatred in the form of Kotze, altering her life forever. In the process, she also lost her only son – 19-year-old Conrad Bonnette. But Ina tells Claire that she’s since made peace with his death, and with God.

Now, almost ten years later, Ina has found a semblance of peace and has made the conscious choice to reclaim her life and her identity, which her attacker so desperately wanted to destroy. In her recently published book, Ina – Verhaal Van Genade En Genesing (Ina – Tale Of Mercy And Healing), she opens up about the nightmarish events of that fateful day. But she also hopes to speak loudly on behalf of all victims and remind them that their spirit must never be broken.

Join Claire as she visits Ina at home for a story that might be disturbing but will leave you inspired by her unwavering strength.

Death at the day care

When two infants at the same nursery school died on the same day, questions were raised. The Carte Blanche team hopes to find at least some answers for the grieving parents. What could have led to both babies being put down for a nap, never to awake again?

Join presenter Masa Kekana as she pulls back the layers of this heart-breaking story and meets with the mother and father left with an empty cot, and a grandmother unable to come to terms with her devastating loss.

There are various claims to unpack, and Masa aims to hold authorities accountable for a tragedy that should’ve never happened. From being understaffed to questionable practices by the staff, there’s a lot to answer for.

But as this story progresses, it soon becomes clear that the families of these two infants were left waiting. It’s only when a private investigator became involved that details surrounding the children’s deaths started to come to light.

Why did families have to wait over two months for clarity and, more importantly, why is the nursery school in question still allowed to operate? Masa takes both the police responsible for investigating the deaths, and the Department of Social Development, who had the responsibility of regulating the day care industry, to task.