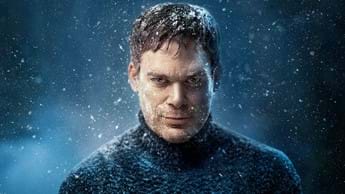 in Dexter: New Blood. Prefer that sleek, bloodless kill? Billions returns at long last with more boardroom backstabbing. November is an all-out action-adventure month that even takes us behind bars in the critically acclaimed Sean Bean prison series Time.

DStv Premium movies whisks us away on extraordinary adventures, too, this November, from the Oscar winners like Promising Young Woman, Judy and Minari, to the Liam Neeson crowd pleasers Honest Thief and The Marksman. If you’re looking for a twist to the tale, Anne Hathaway cackles with the crones in the new version of Roald Dahl’s The Witches. And with four brand-new fliekNET (DStv channel 149) movies in the bag including the brand-new Banana Airways film, you can enjoy a little local laugh at the movies, too.

Keen for more? Here are the must-watch series and movies to watch on DStv Premium this November:

Serial killer-hunting serial killer and forensic technician Dexter Morgan (Michael C Hall) returns in this 10-episode mini-series. Dexter has a new fake name, and a new rural small-town life in New York state, where he works at a hunting and fishing shop while raising his son, Harrison. While his “Dark Passenger” is under control, new events will test his grip.

First-time prisoner Mark Cobden (Sean Bean) is out of his depth when he meets scrupulous prisoner officer Eric McNally (Stephen Graham). But Eric’s dedication to doing the right thing is threatened when one inmate finds his Achilles heel, leaving Eric to choose between his job and his family’s safety. Written by Jimmy McGovern (Cracker).

If you and your friends have ever muted a movie and provided your own silly soundtrack, you get the idea behind this anthology comedy show in which brand new 30-minute stories are made out of footage from classic films. With the voices of Fred Armisen, Nicole Byer, Jake Johnson, Nick Offerman and more.

In the first half of the season, Chuck removed Axe’s pawn from the White House, and Taylor saved Axe from drug-induced disaster. Now Axe is out to destroy billionaire Mike Prince (Corey Stoll) and Chuck makes his and Wendy’s divorce even more complicated by snooping around Mase Carb.

There are major changes ahead in the final season of this sitcom when Christy leaves to go to law school, and her mom Bonnie leans into her marriage, her therapist, and her AA group to help her through the change. And the AA group gets its first celebrity member, rocker Rod Knaughton (Steve Valentine).

Biographical film based on the final years in the life of actress and singer Judy Garland (Renée Zellweger), during the time when she relocated to Britain. The film explores her abusive childhood and teenage years in Hollywood and the roots of her addiction issues.

In this darkly comic thriller, 30-year-old Cassie (Carey Mulligan) plots her revenge against the man who raped her best friend but never paid the consequences, along with the people who let him get away with it.

Professional bank robber Tom Dolan (Liam Neeson) agrees to return the money he stole as part of a plea deal, but when 2 corrupt FBI agents try to frame him for murder, he goes on the run to not only clear his name, but to prove their guilt.

Rancher Jim Hanson (Liam Neeson) shelters a Mexican mother and her son who’re on the run from a cartel, but when border patrol prepares to deport the boy following Jim’s shootout with the cartel, Jim sneaks him away to take him to his family in Chicago.

Fantasy based on Roald Dahl’s 1983 book of the same name. An orphaned boy (Ahzir Kadeem Bruno) who lives with his grandmother (Octavia Spencer) accidentally lands up in the middle of a witch convention, led by the Grand High Witch (Anne Hathaway).

Hester Bester, Florrie Fortuin and Bokkie Botha prepare for Banana Airways' first autonomous flight from SA to New Zealand with some COVID vaccine cargo, five passengers on board, and Flight Captain Piston Pienaar standing by in case anything goes wrong.