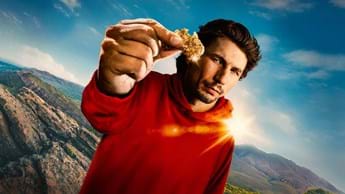 It’s an exciting week on DStv’s factual with two amazing series that will have you scratching your head.

S12 of Gold Rush on Discovery Channel (DStv channel 121) is a little gem for viewers – it has gold, prospects and drama that will keep you entertained.

And true crime gets a fresh injection of stories on ID (DStv channel 171) with S6 and S7 of American Monster where we meet the killers through the eyes of their friends and loved ones, giving a whole new perspective on why they murder.

Host Christo Doyle checks on the miners, Parker Schnabel digs even deeper on his claim and searches for a new strike in the Alaskan wilderness, Tony Beets has water license issues on the Indian River, Rick Ness needs a crew, and Fred Lewis reaches out to Parker when he arrives in the Yukon.

Using home video footage, this series explores killers through the eyes of their friends, family, and neighbours. From favourite uncles to partners and families with big secrets, to the kids – anyone could be deadly. This season, Dustin Wehde is murdered and framed in a neighbour’s callous plot to win a custody battle.