All 45 matches live and all on a dedicated 24-hour channel. 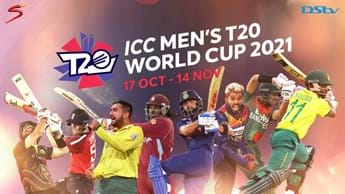 This is what awaits cricket viewers when SuperSport’s coverage of the T20 World Cup, taking place in the UAE and Oman, begins on Sunday and continues until the final on November 14.

Matches featuring the Proteas will have two languages in addition to English: Afrikaans and isiXhosa.

There will be preview and review shows for all matches, plus additional content like highlights, World Cup features, lifestyle and entertainment features, and updates from a SA news gathering team.

They will supply news updates, pre- and post-match interviews, match-day stories, plus behind the scenes and colour features.

With 36 cameras focused on the action itself, all angles are sure to be covered.

The T20 World Cup will comprise two rounds. Round one will include a dozen matches between eight teams (Bangladesh, Sri Lanka, Ireland, Netherlands, Scotland, Namibia, Oman and Papua New Guinea), four of whom will progress to the Super 12s.

The Super 12s, which begins on October 24, will consist of 30 matches between the four teams from Round one and the top eight ranked T20 teams, South Africa among them. Those teams will be split into two groups of six each.

SuperSport will also have a full digital offering that will take in various content pieces, including a focus on the big stars, key clashes and statistical pieces that will set the scene. Player and team profiles round out the pre-tournament coverage.

There will be live coverage of all the big games on web, app and social, plus all the wickets, big moments and highlights videos.

This will be supplemented by comprehensive news and inside stories from the UAE, live scores, commentary and highlights within the app and on the website, highlights packages from every game and analysis from our top TV pundits and in-depth analysis from experienced writers such as Neil Manthorp.

On SuperSport.com web and app, there will be super-fast live match data and all the fixtures, results and log info to go along with the comprehensive news and video coverage. Video will include match and innings highlights, as well as behind-the-scenes footage from the UAE and insights from our studio experts. You won’t miss a thing with SuperSport’s in-depth online offering.

* Download the SuperSport app and add the Men’s T20 World Cup as a favourite to receive all your notifications.

* Listen to top tier analysis on the SuperSport podcast page.

* Follow us on social media for an overview of all the available content on our various platforms.

From the UEFA Champions League to Vodacom Super Rugby, live stream up to 11 SuperSport channels, including. Catch Up on highlights or download to watch later via the DStv app on your mobile device. DStv can be accessed online at now.dstv.com or through the DStv app for Android or iOS. The app is free to download on the Google Play Store, Apple App Store or Huawei App Gallery. Live channels and Catch Up content are available and data costs will apply when streaming and downloading content.