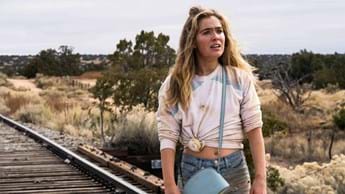 Action, martial arts, drama and horror films are on the movie menu on DStv this week. Miss it and miss out!

Grab the popcorn because online streaming platform Showmax is debuting thriller movies Unpregnant and Triggered that’ll raise the hair on your neck!

An ancient order of jiu-jitsu fighters convenes every six years to do battle against alien invaders. Earth’s fate hangs in the balance after the aliens defeat one of their greatest fighters, but despite his amnesia this fighter could still save the day. With Nicolas Cage and Tony Jaa.

Veronica’s dreams for the future hang in the balance after she accidentally falls pregnant. Unable to get an abortion in her home state of Missouri, she turns to her former best friend, Bailey, to help her get to Albuquerque. Starring Haley Lu Richardson and Barbie Ferreira.

Watch from Saturday, 9 October on Showmax

In this horror film, nine high-school buddies have a reunion deep in a forest and wake up with timebombs strapped to each of them. The only way to beat the countdown and survive is to steal someone else’s time. Starring Reine Swart and Russell Crous.

Watch from Tuesday, 11 October on Showmax