What to Watch on DStv Family in October Highlights | Reality & Factual

Truth is stranger than fiction on DStv Family this October 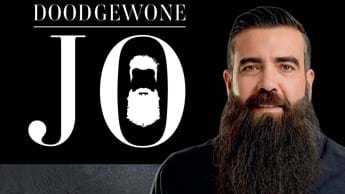 Whether your favourite place is in the kitchen with friends, or on the road exploring the great unknown, DStv Family welcomes you to your happy place this October with intriguing factual and reality series.

Martelize Brink brings you into her own kitchen in cooking and genealogy series Martelize Se Stamtafel, while Alvin Bruinders and Gerhard Steyn give us Die Beste Van Konings Van Kitskos, and Minki and Jo start new seasons of their talk shows.

Curious minds have plenty of family friendly options coming up, too, including perfect shows for the spooky season: The Osbournes Want To Believe and Expedition Bigfoot. And if you’re an engineering fan looking for something a little more serious but still entertaining, try Drain The Oceans, The Acropolis: Secrets of The Ancient Citadel, The Production Line, Four Wheeler or Ice Road Rescue.

All this and so much more, this October on DStv Family.

Radio presenter Martelize Brink combines two of her great loves – food and digging into family history – in this talk show. In each episode she’ll bring a popular local soap star into her kitchen, where they’ll explore the star’s surname while cooking dishes to suit the roots of that name.

For the past 6 seasons, best friends Alvin Bruinders and Gerhard Steyn have hit the road to visit the best fast-food joints in South Africa and put those menus to the test. Now they’re bringing us their favourite experiences from those journeys.

It’s your bro show, back again. Bearded butcher and singer Jo Black reveals more about what he’s getting up to when he is not singing or writing new hits. This season Jo and his pals discuss modern masculinity while hunting, doing CrossFit, quad-biking and playing with classic cars and technology.

Minki van der Westhuizen is here with a new season of her talk-show where she interviews a guest – whether they are a celebrity or an ordinary person – with an incredible story to tell. Then she surprises that guest with someone with whom they have a special connection.

This combination of underwater adventure and earth science illustration exposes hidden evidence of undersea mysteries. This season, find out what’s under the Great Barrier Reef, explore three shipwrecks in the Black Sea, uncover the history of Hollywood, buried in the sand, and find out about how the sea shaped Venice.

The Acropolis: Secrets of The Ancient Citadel

For the past 2,000 years, the ancient ruins of the Acropolis have overlooked the city of Athens. The temple complex structure, built in 500 BCE, now comes to life, restored with CGI and drawing on expert archaeological discoveries about how it was built and what its engineers knew.

Go behind the scenes to see how some of the products from the world’s most iconic brands are made, from the factory line to small, hand-made batches in this British series. It’s everything from pianos to fencing equipment, lawnmowers, to suitcases, to a breakfast sausage.

If it has wheels and goes off road, Ian Johnson will make it even better, from upgrading a run of the mill jeep, to custom building a tube-chassis rock crawler. Coming up, watch Ian build a jeep from a pile of metal tubs, and scour junkyards for parts.

Arctic storms bring in the coldest winter for a decade but in the south, Thord and Bjoern are determined to protect “their” icy turf from rivals. Meanwhile in Overhalla, Jo Roger sets out to prove that he has recovered from his injury and he’s still the King of The North.

The Osbournes Want To Believe S1

Paranormal investigator Jack Osbourne is determined to convert his sceptical parents, Ozzy and Sharon, aka the Prince and Princess of Darkness, into full-fledged believers in the supernatural. He’s selected his most convincing video footage, including scenes of haunted dolls and poltergeist activity, to bring them around.

A team of Bigfoot experts turns their attention to the Appalachian Mountains, where they have two-and-a-half weeks to locate, track and capture proof of the local Bigfoot, the Sasquatch. Bryce tries to attract the Bigfoot by making noises of a loudspeaker, but the racket attracts some unidentified creatures instead.

Teacher and motivator Ntate Thuso Motaung (Mr Lesedi FM himself) is taking us behind closed doors to hold deep, meaningful conversations with couples in crisis. This show aims to uncover what’s gone wrong in the relationship, and to give people the tools to develop and support emotionally healthy relationships.

Performer Bouwer Bosch takes us along on his motorbike from some rides though some of the most beautiful mountain passes in South Africa. Along the way he’ll dedicate each episode to working on one of the psychological mountains that he wants to overcome, in conversations with close friends in the industry.

Host Thabang Sefotho returns to his mission to rehabilitate nyaope addicts, aged 18-31, in his community. He will take us inside their daily experiences, challenges, detours as they go through a 4-week rehabilitation process that includes learning more about the addicts’ issues at home and personal vulnerabilities that led to addiction.

Drugs, deception and dramatic downfalls! These travellers broke the law and wound up in prison far from home. Even an ambitious DEA agent can wind up on the wrong side of the law when they cross the line while chasing a Mexican drug cartel. And meth ruins a model’s career.

This ATKV project aims to promote a love of acting and encourage a new generation of screenwriters. Actors of all ages had the chance to write, perform and record their own monologues. Now Edwin van der Walt and seven other mentors will take those with potential under their wings.

Beer Adriaanse hosts this fun-filled game show filmed in a living room-style studio. In each episode, two teams made up of three people each (they could be colleagues, family members, best friends or neighbours) compete in a series of trivia-based challenges. The contestants don’t have to be “Mensa mense” to win.

An exclusive agency plays matchmaker for four South African men who’ve struck out on the dating scene, and Russian women who’re looking to get married. The would-be couples will meet up for the first time at a lodge in South Africa, where they’ll see if they feel that special spark.

Each week in this off-the-wall dating show, the programme's matchmakers present a new set of five would-be suitors with a set of challenges. Based on their performance, the matchmakers then pair one of them up with someone who’s looking for love, believing they’d make a great couple.