So you think you can style?

So you think you can style? 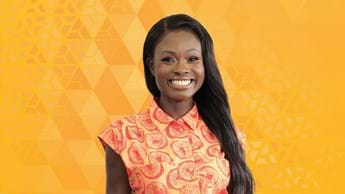 International supermodel Adeola Ariyo made a career leap after joining DStv’s HONEY channel as the host of Hair Knockout. The hairstyling show sees talented hairstylists from across Africa face off in a boxing ring. They have one simple challenge – to perfect a look shared with the viewers by Ariyo herself. The Nigeria-born model became a viewer favourite thanks to her high energy, industry experience and delighting fans with a side of her never seen before. After a successful season one, the show is now in its second season on DStv channel 173. We caught up with Ariyo about coming back for a fresh season, her current obsession and what she’s learnt in 2021.

1. What have you learnt entertainment-wise since taking on the role of host on Hair Knockout?

I have learnt so many things! But the most important thing is that teamwork really does make the dream work.

2. How has the reaction been to season one?

It’s been amazing. The show has been received so well. I still have people asking me how they can enter to be a part of the show.

My current obsession is sneakers!

4. What would you say is the best and the worst part of being in front of the camera that people might not realize?

The best part of being in front of the camera is having a voice. As a model I’d always been in front of the camera but as a TV presenter it hits different. The worst part is the nervousness that comes with the fact that all eyes and ears are on you. It is a tad intimidating, but over time it got better and better.

One thing 2021 has taught me is to live fearlessly. To live each day like it’s your last. And most importantly, to do whatever it is that will make you happy and bring peace to your life.