DStv is the local home for Emmy Award winning shows 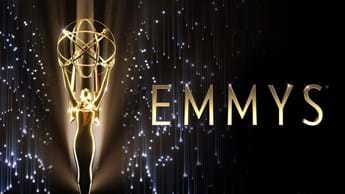 DStv continues to prove its commitment to bringing customers the best in award-winning international content, with shows that feature on DStv’s international slate scooping 11 awards at the 2021 Emmy Awards. This includes Outstanding Writing For A Limited or Anthology Series or Movie which went to Michaela Coel for I May Destroy You which premiered on 1Magic in 2020 and is available to binge from the beginning on Showmax.

The Emmy haul is a tribute to DStv’s mission to bring the best of the world home - showcasing some of the planet’s hottest shows.

Mare of Easttown, available to stream now on Showmax, led the charge for the continent’s leading video entertainment provider, picking up three awards including Outstanding Lead Actress in Limited or Anthology Series or Movie for Kate Winslet.

Hacks - currently showing on M-Net, is a series about legendary Las Vegas stand-up comedy diva that needs to maintain her relevance. The show, which is available to watch as part of DStv's early access offering, also won three awards, including Best Writing for Comedy Series and Directing for Comedy Series.

CEO of General Entertainment  & Connected Video at MultiChoice Group, Yolisa Phahle says DStv will continue to secure content from the biggest international studios to give customers the best content available. “We are delighted that so many of the shows we hand-pick for our viewers have been nominated. This is indeed a testament of our commitment to bring DStv customers the best in world-class entertainment across all genres.”

“We remain committed to investing in bringing our customers the best possible international shows to complement our growing slate of outstanding local productions, across our platforms," Phahle says. "We are incredibly proud to see so many of these shows recognised with critical acclaim that matches the love shown for them by our viewers."

The 73rd Emmy Awards were hosted by Cedric The Entertainer, with the Creative Arts Awards having taken place on the weekend of 12 September 2021.

DStv customers can add Showmax to their bills and enjoy some of the 22 Emmy nominated shows including Lovecraft Country for which Courtney B. Vance won Outstanding Guest Actor in a Drama.

Other great titles that viewers can watch on Showmax include Mare of Easttown which stars Oscar winner Kate Winslet, FARGO season 4 which stars four-time Emmy-winning comedian Chris Rock and The Undoing which stars Hugh Grant and Oscar winner Nicole Kidman.