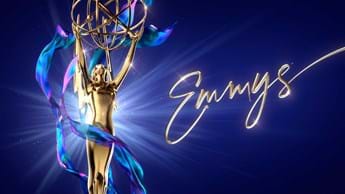 Whether you live for the glamour or the drama, or loads and loads of both, put your game face on for some DStv reality this week.

It’s the 73rd Emmy Awards, and from the red carpet with Live From E! The Primetime Emmy Awards to the ceremony itself (both live and in an evening broadcast) on M-Net (DStv channel 101), with DStv you have the best seat in the house. And there’s more celebrity fun as Kevin Hart makes his famous friends do silly things in S2 of Celebrity Game Face.

Then human drama gets real in a sensational new season of I Love A Mama’s Boy on TLC (DStv channel 135), along with brand-new backstabbing reality competition series The Bridge UK on M-Net (DStv channel 101), with all the action narrated by actor James McAvoy.

The 73rd edition of the prestigious awards ceremony that honours the best in television. Make sure you don’t miss the hilarious Cedric The Entertainer as the host.

Laverne Cox and the E! reporters are on the red carpet of the 2021 Primetime Emmy Awards. This year, MJ Rodriguez becomes the first-ever trans woman to be nominated for a Primetime Emmy for her lead role as Blanca Evangelista in Pose.

Kevin Hart hosts a night of fun and games with his favourite celebrity couples, like Yvette Nicole Brown & Affion Crockett, and Skylar Astin & Lisa Stelly, all playing remotely from their own homes. From trivia to ridiculous physical challenges, each round will show us a fresh side of them!

A British reality show narrated by James McAvoy. 12 strangers come together on the banks of a lake and must work together to build a bridge to an island. On the island is the prize money, but only one person can win the cash!

Four women are dating their perfect man – but mom is the 3rd wheel in their romance. In S2, Matt, Kim and Kelly are still caught up in wedding planning, and we meet newcomers Tracy and Bryan, and Bryan’s honeymoon-crashing mom Jayne.