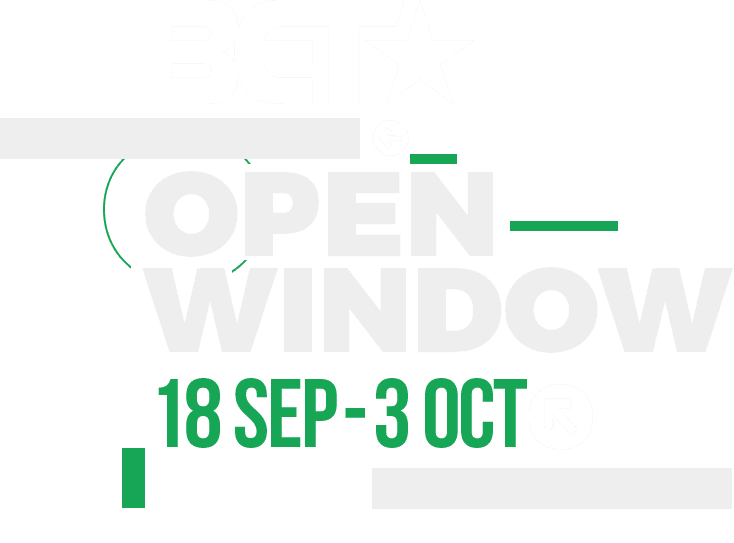 During this Open Window, you’ll get to experience local and international superstar power the BET way, with powerhouse Tyler Perry series The Oval, as well as a double dose of the marvellous Moonchild Sanelly in her reality show, Moonchild Sanelly Woza, and her celebrity talk show, The Madness Method.

You’ll also get to see what all the fuss is about as you join the action in a pivotal moment in local telenovela Isono with Nthati Moshesh, Rami Chuene and Bohang Moeko. And you’ll even be there for the launch of brand-new reality series DJ Zinhle: The Unexpected.

We tell you a little more about these series below, and even give you a glimpse at what’s coming to BET later in October…

NB! If you decide you love it and want to keep it, BET (DStv channel 129) available to DStv Premium, Compact Plus and Compact subscribers. To upgrade your existing package, click here. Or if you'd like to Get DStv, find a service that suits your needs here.

Click on the sneak peek below to get a glimpse of how raw DJ Zinhle: The Unexpected can be as stress drives DJ Zinhle to tears, and how sweet it can be when she tells people about her pregnancy.

Best of the BET

Muso businesswomen DJ Zinhle opens-up her life to viewers in this special 13-part reality show. She reveals secrets around her unexpected second pregnancy, her entrepreneurial pursuits, her music, and spends time with her friends, celeb Pearl Thusi, and musician Nomuzi “Moozlie” Mabena. Witness the intense, hard work and personal struggle behind the image.

“Moonchild Sanelly WOZA is about liberation. It’s about a black girl living her dream,” says musician and dancer Moonchild, who takes us inside her life with love DJ Phatstoki. Episode 4 on 23 September takes us inside Moonchild’s businesses, and in episode 5 on 30 September, Moonchild talks about both body and sex positivity.

Tyler Perry’s drama takes us inside the scandalous lives of first family The Franklins, inside the White House. In episode 14 on 22 September, President Hunter admits to First Lady Victoria that he’s covered up for their serial killer son, Jason. And in episode 15 on 29 September, Jason shows Priscilla, the wife of Victoria’s lover, Sam, a sex tape starring her husband and his mom.

Host Moonchild Sanelly leads this local celebrity talk show featuring guests who look at life differently, giving us that vibe of when you click with a stranger at a party and talk all night. Moonchild and her guest put their fate in the hands of a deck of cards with some daring questions. Previous guests include the likes of Moshe Ndiki, Natasha Tahane, Tresor and Manilla Von Teez.

This local telenovela centres on a dysfunctional family run by secret crime boss Mary. Coming up, Mary’s son Gabriel becomes obsessed with a new vision for Mary’s orphanage, the House of Grace, after ousting her, but some harsh practical realities will challenge him. Meanwhile Mary goes public with her grievances. A romantic dinner ends in tragedy, there’s a hijacking and Mary gets arrested.

Seriously considering upgrading after checking out all BET has to offer during the Open Window? It gets better. In October, BET (DStv channel 129) is really stacking the decks!

PS: you can catch up on Black Tax S1 on Showmax now.

How to watch BET online

Get the DStv app. It’s no extra cost for DStv subscribers. With the DStv app, the same channels you watch on your decoder at home are available for you to stream online at https://now.dstv.com/, or using the DStv app on your phone.