Kids’ highlights on DStv in September 2021 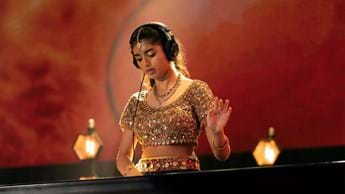 It’s September, Spring is here and new shows, seasons and movies are popping up everywhere on DStv for your tinies, tweens and teens to enjoy.

The School of Laughter is the most fun way for kids to learn about the world. Here are the top highlights for this month:

Fantasy based on Frances Hodgson Burnett’s 1911 novel of the same name. Spoilt, unkind orphan Mary (Dixie Egerickx) is sent to live at her uncle’s (Colin Firth) country estate, where her fascination with a secret garden changes her life along with her sick cousin’s.

Animated fantasy. A bigfoot dad agrees to use his fame to raise awareness for an environmental organisation’s quest to protect a nature reserve – until he disappears, sending his family and friends on a quest to find him. Sequel to the 2017 film Son of Bigfoot.

In this animated reboot of the Scooby-Doo franchise, investigative team Mystery Incorporated gets together for the first time and sets about unmasking villains who’re trying to spook people by faking supernatural phenomena. With the voices of Jason Isaacs, Tracy Morgan and Simon Cowell.

Russian animated comedy. The Fixies’ human friend Professor Eugenius winds up in a scientific battle of wits with his rival Erika, who has created robots called Crabots to take on the Fixies. If they lose, Erika will tell the whole world about the Fixies.

Animated series. Master Moley lives in busy MoleTown, which lies in a burrow deep under Windsor Castle, where he is the keeper of a magical book that can bring about peace between humans and moles. Inspired by the bedtime stories created by James Reatchlous.

Zoom, zoom, motorbike obsessed preschool kids! All the characters in this animated series are bikes, including Ricky, who longs to be a rescue bike like his mom and dad. Ricky and his friends tear around their hometown, Wheelford, having fun and learning social skills.

7-year-old Addison and her friends like nothing better than solving a local mystery, and they never give up in this animated series for young kids. Addison is street-smart and she’s a great inventor whose gadgets play a role in helping to solve problems.

Animated series for kids aged 4-8. Little robot Kit tells stories about his journey to the end of the galaxy and back to Earth and explains how space works. But the universe can be a dangerous place and Kit often gets in trouble.

There are millions of different animal species. This animated series shows children the bedtime rituals of some of the world’s most beloved animals in each episode. See how monkeys in Japan sleep in a hot spring in winter, how Portugal’s black storks snooze, and more.

Animated kids’ “police procedural” series centred on three excitable rookie cop chick siblings and their boss, a veteran police dog, who solve neighbourhood crimes and help creatures in trouble. In their first episode, they help a stranded dog. No problem (or chick) is too small!

The Adventures of Paddington S2

New adventures await the Brown family and their adopted bear, Paddington, in this kids’ animation. This season, Paddington becomes a secret agent, a table tennis champion, takes a trip to the beach, plays The Floor Is Lava, and more.

In this animated series aimed at the car-plane-train obsessed little kids, little red rescue bike Ricky and his Bike Buddies Loop, Scootio, and DJ save the day at high speed. Starting this season, Buster starts copying everything Ricky does, and the Buddies coach Toot for her first race.

Preschool kids’ animated adventures of a girl and her cat, emphasising maths and problem solving. When Peg's spaceship breaks down, a friend who communicates without speaking helps. And the US President asks Peg to work out a pattern of signals from space.

DStv’s School of Laughter offers entertainment for kids across all DStv packages. To upgrade your existing package, click here. Or if you'd like to Get DStv, find a service that suites your needs here.

The Croods: A New Age, The Wrong Nanny & The Wrong Husband, brand-new on DStv this week