From dramatic reality series to your favourite telenovelas, it’s a jaw-dropping September on DStv Access. 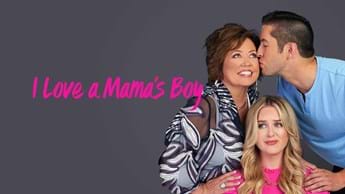 If you live for the drama, you’ll feel right at home with DStv Access this September.

We’ll see some of TLC’s (DStv channel 135) craziest series including the 90 Day Fiancé spin-offs, 90 Day: The Single Life S1 and Darcey & Stacey, and the shocking You, Me, And My Ex and I Love A Mama’s Boy.

Sensational South African reality series uThando Nes’thembu S4 and The Real Housewives of Durban are here along with a new season of the uplifting Sun'Ceda.

And if you prefer your drama fictional, you’ll love the telenovela Loli’s Luck, and local series Gomora, which is now available to Access customers for the first time.

Six 90 Day Fiancé favourites are single and looking for love again as we follow them into the world of speed and online dating. Expect some painful discussions with their exes, too. With “Big Ed” Brown, Brittany Banks, Molly Hopkins, Fernanda Flores, Colt Johnson, and Danielle Jbali.

S1 ended with Darcey engaged and her twin Stacey married. As S2 begins, 46-year-old Stacey is hoping to become a mom but there are fertility issues. And Darcey and Georgi’s engagement is in deep trouble, especially after the twins have a little chat with his ex-wife.

Four women are dating their perfect man – but mom is the 3rd wheel in their romance. In S2, Matt, Kim and Kelly are still caught up in wedding planning, and we meet newcomers Tracy and Bryan, and Bryan’s honeymoon-crashing mom Jayne.

This reality series features people with difficult stories who’ve reached out for help from local tabloid The Daily Sun. From keeping kids in school, to helping physically challenged people reach for their dreams, host Stoan Seate leads the search for solutions.

Reality series centred on businessman Musa Mseleku and his 4 wives. This season, Musa’s sons push back on his demands that they also become polygamists, the wives discuss what cheating is, we’re invited to daughter Abongwe's umhlonyane (coming of age), and Musa launches his new book.

The Real Housewives of Durban S1

SA’s favourite fly-on-the-wall blind dating reality series is back. Sometimes it’s pure romance, sometimes it’s an entertaining mess, and we’ve already seen one engagement come out of it! In each case, the show has played matchmaker behind the scenes.

Host Dingaan Mokebe kaKhumalo plays negotiator and peace-maker for in-laws who’re having issues with each other. Dingaan sorts through everything from accusations of witchcraft, to private couple problems that have become everyone’s business.

Our Perfect Wedding star Nomsa Buthelezi continues the battle against alcoholism in South Africa in this reality series. She offers those who’re losing their lives to alcohol a place to get the help they need, as the show educates about the signs and effects of alcohol abuse.

Andile Gaelisiwe hosts this series about families in crisis who’re looking to reconcile. From people still reeling from the pain of family deaths, to killers looking for forgiveness, to fights over money and property, Andile helps the families to pick their way through sensitive topics.

Host and medium Thembi Nyathi offers spiritual support and guidance through psychic readings to families who’re facing difficulties in their lives, from family murder to the death of a child, infidelity, infertility and more.

Successful, independent career woman Loli Aguilar’s (Silvia Navarro) life changes when her best friend dies, leaving her custody of her 2 children, aged 8 and 16. Suddenly Loli has to tailor her life and decisions around the children’s needs while building a new support structure for them for them all.

This local telenovela centres on Sandton trophy wife Thathi (Katlego Danke) who’s forced to move in with her secret crime boss mom, Mam'Sonto (Connie Chiume), in Alexandra after Thathi’s corrupt husband is murdered during a hijacking and his financial hijinks are exposed