Real highlights on DStv Compact Plus this September 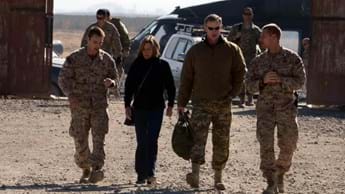 Truth is stranger than fiction on DStv Compact Plus this September.We’re diving into some eye-opening true-crime cases in Framed By The Killer, ancient artefacts in Lost Relic Hunters, and what comedians really think about some touchy issues in Good Talk With Anthony Jeselnik.

And then because it’s the 20th anniversary of the 11 September 2001 terrorist attacks on the United States, the History channel is screening brand-new documentaries. You’ll learn about the construction and fall of the Twin Towers of the World Trade Center from an engineering perspective, go inside the four hijacked flights, and hear from high-ranking personnel involved in the hunt for the co-ordinator of the attacks, Osama Bin Laden.

And if you can’t get enough, remember that you also have access to all the 9/11 specials on National Geographic (DStv channel 181), as well as the stacks of other shows from the DStv Compact, DStv Family and DStv Access packages including brand-new reality series Dance Africa Dance on ZeeWorld (DStv channel 166), S2 of legal drama Diggstown on Universal TV (DStv channel 117), and a brand-new twist to the 90 Day Fiancé franchise, 90 Day: The Single Life on TLC (DStv channel 135).

On with the shows!

Grab your hat and whip for an archaeological adventure with Carl Cookson and Hamilton White as they attempt to authenticate pieces from Hamilton’s collection.

Framed By The Killer S1

On 11 September 2001, a terrorist attack destroyed the Twin Towers of New York’s World Trade Center. This documentary takes us inside the original construction of the Center, including the technological innovations needed to raise the building before we’re shown how the weaknesses and strengths in its construction came into play when it was destroyed.

This documentary is a memorial to the passengers and crew aboard the four flights hijacked on 11 September 2001. Audio recordings, flight transcripts, on-the-ground audio and video recordings, and the mementos of the victims tell the story of their last hours, along with interviews with those they left behind, air traffic control workers and other survivors.

Revealed: The Hunt For Bin Laden

The 9/11 Memorial & Museum takes us inside the 10-year hunt for terrorist leader Osama Bin Laden, co-ordinator of the 11 September 2001 attacks on the US. Featuring interviews with President Obama, CIA Director Leon Panetta, mission commander Admiral William McRaven, Secretary of State Hillary Clinton, along with military planners, intelligence analysts, and members of the assault force.