Watch Love Me or Leave Me on

An in-house therapist, four couples and problems to be solved. This is Love Me or Leave Me. 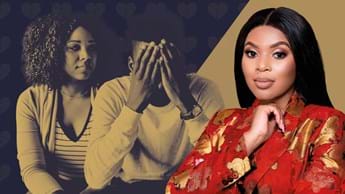 Celebrity clinical psychologist Nozibusiso Nyawose has joined HONEY TV for a brand-new relationship reality show, Love Me or Leave Me. The show airs Fridays at 21:00 WAT, 22:00 CAT and 23:00 EAT on HONEY (DStv channel 173).

Love Me or Leave Me sees four unhappy couples come together to find a reason to resolve their problems. Nyawose takes each couple on a journey to healing in a bootcamp style format that requires each of them to break down critical emotional walls. At the end of the season, all four couples must decide if they will stick with one another or part ways. “Having to get through to them psychologically was very difficult as many layers had to be healed first. Each couple presented with their own set of unhealthy traits,” says Nyawose. ”Most couples had been prisoners of their backgrounds and their perceptions were influenced by that background.”

Watch Love Me or Leave Me now Watch HONEY now

As the latest addition to HONEY TV’s roster of talent from across the continent, South Africa’s Nozibusiso Nyawose joins the channel as the first in-house therapist who also doubles up as a host. Nyawose has vast experience in television having been the resident psychologist for popular shows on DStv such as uTatakho and Uthando Nesthembu. Her open approach to using therapy as a tool not only for individuals, but also for families and communities, has made her a fan favourite. Nyawose is known for her ability to cultivate a safe and impactful environment for people to speak openly.

“This is an intense real-life process to address these couples’ struggles. They have all the hard conversations. Viewers will witness how love gets tested, with a lot of romance, tears, and breakdowns,” says Keneilwe Senyatsi, HONEY Commissioning Editor.

The show’s producer, Rethabile “Retti” Ramaphakela, adds: “Love Me or Leave isn’t about gimmicks. It’s about documenting the journey of real people going through real things. It’s honest and raw and that’s the appeal of the show. The couples are also from different age groups and backgrounds, which is a different perspective to what we are used to.”

How to Love Me or Leave Me online