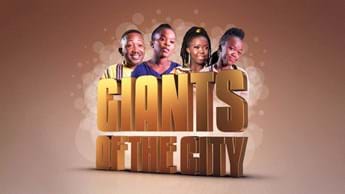 Reality TV fans are familiar with the lives of people living with dwarfism from series like the Little Women franchise, Little People Big World, and 7 Little Johnstons. But things are a little different in South Africa, says Julia Machete, Producer of Moja Love’s new reality show Giants of the City.

This local reality show takes a look at the challenges faced by people living with dwarfism, both in their personal lives and trying to navigate the metropolis.

“Whether we admit it or not, dwarfism remains a taboo in many parts of this country, and many people are uneducated or are ignorant about it. In the rural areas and townships, people with dwarfism often live in fear that they may be killed for lucky charms. Hence, they prefer to sometimes shy away from society and keep to themselves,” Julia said in a recent interview with DStv.com. “It is for this reason that Giants of The City goes deep into the personal lives of the cast to show, how they navigate through their challenges and emphasises how they lead normal lives like the rest of us,” says Julia, who is also the Producer of Moja Love polygamy reality series Umndeni.

“As a Producer at Moja Love and Moja 9.9, I have created and shot different shows that mirror what is happening in our communities. I wanted to experience the life of people living with dwarfism and to express their honest thoughts to the nation through their eyes. Above everything, I wanted to change the stereotype that short people can only do certain things, or they are unable,” Julia adds.

What were some of your concerns with this series and how did you handle them?

The concern was that I didn’t want to show dwarfism as a disability, but I wanted to educate and break stereotypes that society has of people living with dwarfism. I achieved this by sitting down with each person and listening to how they feel, and what they would like the world to see when they look at them. I also didn't want to make them a laughingstock when you watch the show. I wanted to take the viewer through the emotional, the personal and the funny moments of their lives.

How did you cast the series?

I chose people from different backgrounds, mainly ladies but we had to bring a gentleman to break the ice. This cast does not shy away from the fact that they are living with dwarfism and live their lives proudly. They are a big part of their communities and they made us feel at home, wherever the crew went with them. We could access their social and private spaces without fear or reservations. You can look forward to a surprise in terms of the cast in the middle of the season. Just wait and see!

What sorts of things did you discuss with the cast in advance and what were their concerns?

I wanted the cast to not only tell their stories, but to speak for other people with dwarfism or feel they are different. Their concerns were always that they don't want to come across as defensive about how they look. And because they get a lot of attention already from society, they were scared interest in them would gain momentum.

Which story moment really took you by surprise?

The surprising element was when one person wanted to revamp their looks by undergoing surgery. That is when I realised that whether short or tall, we all have underlying issues, especially when it comes to our looks.

What sort of major events can we expect in this first season?

In the first season you can expect to see families coming back together and some calling it quits forever, marriage proposals and possibly a baby on the way.

The series trailer shows the cast in the miniature theme park, Minitown, in Durban. What did they make of it?

They were very excited to shoot at the mini town in Durban because everything was super tiny and they were literally Giants of The City!

Moja Love is available on DStv Premium, Compact Plus, Compact and Family. To get DStv, click here. https://www.dstv.co.za/get-dstv-packages/