Dogs, dates, divas & dancers, from The Masked Dancer to Cesar Millan, on DStv 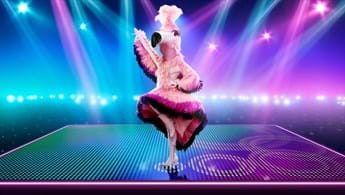 Animals lovers welcome back dog whisperer Cesar Millan in his new show, Better Human Better Dog. There are all new adventures in Where The Wild Men Are With Ben Fogle and so much more to see, this week on DStv.

Joel Dommett hosts while judges Jonathan Ross, Davina McCall, Mo Gilligan and Oti Mabuse try to guess who the celebrity dancer is in an extravagant costume that hides their identity.

The Great British Bake Off S6 winner Nadiya Hussain travels across the USA exploring its regional food, from tacos and fortune cookies in California, to soul food and colourful cakes in New Orleans.

Garden Guru Carol Klein takes us on a guided tour throughout the seasons, of Great Dixter, John’s Garden at Ashwood, Gravetye Manor, and Gresgarth Hall.

“You’re doing amazing, sweetie!” These are all the best moments from Kris’s time on KUWTK as a mother of six, momager, entrepreneur, grandmother and prankster.

Not Safe With Nikki Glaser S1

Do you have a pandemic pet? The OG Dog Whisperer Cesar and his Dog Psychology Center are here to help new pet parents and their dogs to learn good habits together.

Where The Wild Men Are With Ben Fogle S8

Explorer Ben Fogle meets people who’ve turned their back on the rat-race. In the S8, Ben visits the Pembrokeshire family living on the side of a rugged mountain.

The professional basketball player Blake Griffin conspires with people who are tired of being the victim to help them get some sweet revenge on their unsuspecting prankster by pulling off the ultimate double-cross.

In this dating series, real people go on blind dates with a unique twist. In S3 a flight attendant looks for a man to travel with, and a “momma’s boy” wants a nice girl.

Love After Lockup’s craziest couples return in this spin-off. Andrea and Lamar are living in a dangerous part of LA, Brittany and Marcelino are expecting, and Tony comes crawling back after Angela throws her wedding ring in the toilet.