FOX to stop airing on DStv 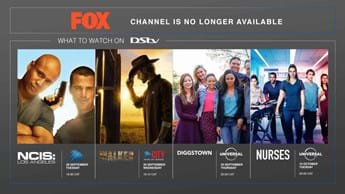 MultiChoice Group (MCG) confirms that as of 30 September 2021 at 23h59 CAT, FOX will stop airing on the DStv and GOtv platforms. The change is as a result of a review of various channels by The Walt Disney Company Africa, as the channel owner and MCG.

As the television landscape and viewer consumption evolves, both players continue to develop and review our products and services to ensure we are offering the best possible experience for consumers.

Customers are encouraged visit www.dstv.com to keep abreast of the exciting local and international entertainment available on the DStv platform.

If you enjoyed FOX content, you’ll love these shows:

The Simpsons:
Coming soon to VUZU