Truth is stranger than fiction this August on DStv Premium 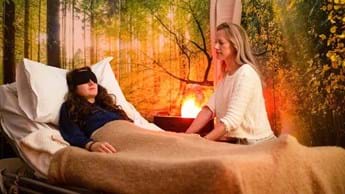 Waging war on Murder Hornets, using mushrooms to treat depression, Sue Perkins on the US-Mexico divide and more – DStv Premium is your passport to a world of real-life discovery and intrigue this August.

The Psychedelic Drug Trial: A Cure For Depression

This documentary follows scientists and psychotherapists led by Professor David Nutt, Dr. Robin Carhart-Harris and Dr. Rosalind Watts as they test the effects of psilocybin on clinically depressed patients.

Attack of The Murder Hornets

What Are We Feeding Our Kids?

Dr. Chris van Tulleken goes as far as experimenting on his own body as he delves into the topic of childhood obesity in an effort to find answers and inspire change.

Sue Perkins explores the daily lives of ordinary US Americans and Mexican people who live on either side of the US-Mexico border, from the Pacific Ocean to the Gulf of Mexico.

Classic car dealer Drew Pritchard, motoring broadcaster Andy Jaye and racing driver Marino Franchitti take a new classic car model out on the tracks for a spin in each episode.

In this special episode, the Gold Rush mine bosses use the off season to prospect, build new gear, buy big machines and decide how they’re going to approach the coming mining season.