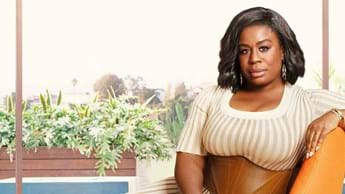 DStv brings you the latest international series, fresh from the US, the UK, India and more.

This week, DStv Premium viewers are in for a treat with an exclusive Catch Up sneak preview of episodes 1 & 2 of the drama series In Treatment, which sees Emmy-winning actress Uzo Aduba (Orange Is The New Black) take over Gabriel Byrne’s role as a shrink with issues.

Musical comedy lovers, the news of the week is that Zoey is back hearing people’s inner songs in Zoey’s Extraordinary Playlist, and there’s a big 30th birthday celebration and a long-awaited first kiss on the way.

There’s more family drama on the way when A Million Little Things returns. And teen detective Nancy Drew is back, too.

And get ready to meet the new love of your life as brand-new telenovelas An Unusual Tale and The Frontliners begin.

And for snack-sized info on DStv’s biggest shows, check out #OhSnack on DStv’s YouTube Channel

Don’t miss out on the preview of episodes 1 & 2 of this drama series in which grieving LA-based therapist Dr. Brooke Taylor (Uzo Aduba) starts treating her entitled, angry and frightened patients in her own home via Zoom, thanks to the COVID-19 pandemic.

Watch from Saturday, 31 July on DStv Catch Up

Following her dad Mitch’s death, Zoey – who can hear what people around her are really thinking about in song and dance form – returns to the office after 6 weeks away, and finally kisses Max!

A group of friends’ lives change after 1 member of their circle commits suicide in this drama. This season, Rome and Regina struggle to come to terms with having their adopted son’s birth mother reclaim him.

Nancy & co work to outsmart the Aglaeca, the vengeful sea spirit who cursed them. But mysteries pile up when Detective Tamura reveals that a young woman who was struck by a car in the woods said Nancy’s name just before she died.

In this telenovela full of love and drama, Shobha is shattered when her politician husband is caught in a scandal. And while she rediscovers her life, she finds an unlikely friend in her boss, Vikram.

Doctors Sid and Ishani are passionate about medicine and saving lives in this telenovela set at the Sanjivani hospital in India. But what will happen when their paths cross? Are they destined to be lovers or enemies?