MultiChoice has further affirmed its commitment to hyper-localising content with the launch of Maisha Magic Movies., now available on DStv channel 141. 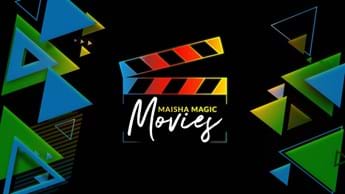 The MultiChoice Group has launched a new, exciting channel offering: Maisha Magic Movies. The channel, which is now available on DStv channel 141, is available on DStv’s Premium, Compact Plus and Compact packages.

Maisha Magic Movies is a general entertainment movie channel that caters for the Tanzanian, Kenyan and Ugandan Market. The channel showcases authentic local movies with narratives that excite and resonate with the audience.

The unique offering is also available in all key markets across the African continent.

In anticipation of the new strategic offer that addresses viewer demand, Barbara Kambogi, Channel Head for Maisha Magic Movies said, “We continuously study audience behavior and tailor-make our offering to match the needs of the market at hand, hence the launch of Maisha Magic Movies”. The channel is being positioned as a game changer within the target market as well as in an industry where the creation of local movies has proven to be in deficit. Viewers can enjoy exciting homegrown titles in various genres including action, thriller and drama.

“We are working alongside local producers in Kenya, Tanzania and Uganda and continuously mentoring the teams to produce world class content that resonates with the cultural nuances of the market thus making the content not only exciting but relatable to the viewer. This channel is something our audiences can truly be proud of and call their own,” said Kambogi.

She closed off by expressing her excitement about spearheading the hyper local movie channel as well as the investments that have been injected by MultiChoice which aim to ensure growth and accessibility of premium and local movie content across the globe. “We will continuously study audience taste and where warranted, adjust the content to ensure that we remain relevant and topical throughout the life cycle of the movie channel” said the Channel Head.

DStv customers are encouraged to stay connected and set their reminders as to not miss the the best in East African movies produced by renowned content curators, notably: