Disney celebrates the magic in kids

Disney celebrates the magic in you

‘My Magic is Me,’ Walt Disney Company Africa’s live-action and animation short series, celebrate the diverse and unique stories of young viewers 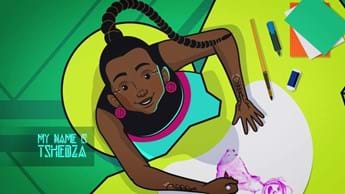 The Walt Disney Company Africa is celebrating everyday kids in locally-produced live-action and animated short-form series, My Magic is Me.

The content plays across Disney Channel (DStv channel 303) and other channels in the Disney portfolio, as well as on Disney Africa’s social media and digital platforms.

In each of the one-minute live-action short films, viewers are introduced to one of a group of twelve children from diverse backgrounds, who have been cast as the leads in their own personal story. Each share what it is that makes them uniquely and extraordinarily them – their interests, their talents, their aspirations, their language, culture, internal and external traits, all creating their own distinctive brand of authentic magic.

In addition to these live-action shorts, each child’s story is further brought to life through a moving original locally-produced animation short that plays across Disney’s social and digital platforms, giving young viewers an opportunity to see their world’s commemorated in true Disney-inspired fashion.

Each episode is themed according to one of Carl Jung’s 12 Brand Archetypes, including the warrior child to the caregiver, creator and mentor. The story begins with each child entering the Disney Story Pod – a magical Afro-futuristic themed space, complete with their own personal touches and decorations, a baobab tree and more. Once settled, each child depicts themselves through artistic drawing at the table of creation as they share their personal story.

Inspired by Disney Channel’s core values of entertaining, informing and inspiring children across the globe, My Magic is Me also aims to strengthen the narrative of self-acceptance and celebration of diversity.

“At Disney we know that stories shape how we see ourselves and everyone around us. We also know that stories are better when the storytellers represent the vast experiences of the people who will hear or see them,” says Evert van der Veer, Vice President, Media Networks, The Walt Disney Company Africa. “My Magic is Me is inspired by this ethos and is an opportunity for young viewers to see themselves proudly depicted on screen, and celebrated in a unique way that pays tribute to the diverse backgrounds, perspectives and individuality that make all of them magic.”

My Magic is Me was filmed under the guidance of educational psychologist and play therapist Chery Radley van Staden and is produced in collaboration with Brainbow Conscious Creatives, an African women-owned brand storytelling agency that specialises in creating Diversity, Equity, Inclusion and Belonging (DEIB) narrative work. Understanding that, in the foundational phase of development, children’s personalities and identities are greatly shaped by their environment and their interaction with family and those around them, the creative teams strove to ensure that not only would children see themselves represented, but also show them that they are valued and accepted as they are.

First National Bank (FNB) has collaborated with The Walt Disney Company Africa to bring My Magic is Me to audiences, as the official sponsor of the short-form content series.

Bonga Sebesho, Head of Sponsorship at FNB says, “FNB is proud to team up with The Walt Disney Company Africa on this fantastic initiative. Our long-term collaboration with Disney, starting with live events, was informed by FNB’s positioning as a family bank and this initiative speaks to children, the heart of families. FNB is firmly committed to the spirit of diversity and encouraging children, in all communities, to be the best they can be.”