Meet the men vying for Qiniso Van Damme’s in season 1 of The Bachelorette SA. Watch it on M-Net (DStv channel 101). 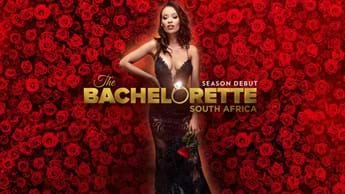 Bachelor Nation, the wait is over! Drop whatever plans you have. Grab the snacks, fill those coffee mugs, and settle into your seat because Qiniso Van Damme (27), the first female lead of the South African version of the franchise, begins her romantic journey on  season 1 of dating reality competition The Bachelorette SA, Thursdays on M-Net (DStv channel 101) at 19:30.

And to celebrate, the show will be available on DStv's Compact Plus package! This means more DStv customers can watch Qiniso's love story unfold. Be sure to upgrade to DStv Premium to enjoy more top local and international entertainment on M-Net (DStv channel 101).

If you recall, Qiniso is the quirky model, actress and student who competed for Marc Buckner’s heart on season 2 of The Bachelor SA. She may have been eliminated a week before hometown dates, but the country had already fallen in love with her bubbly and eccentric personality.

While Qiniso didn’t strike a match with Marc, she has a second chance at love as The Bachelorette SA. She’s self-assured, intelligent, and she knows exactly what she’s looking for in a relationship. She’s the girl you’ll be rooting for. “I’m just a girl looking for her partner. I’m also hoping to find someone who will not diminish my shine or be intimidated or jealous by it. But rather, see [those qualities] as part of a brilliant woman,” explains Qiniso.

Tea or coffee? Bush or beach? Cats or dogs? Find out what the first ever Bachelorette SA chooses before she has to meet the men and make an even bigger decision.

In the first episode, Qiniso is meeting the men vying for her heart – and let’s just say, she’s going to enjoy her season. The majority of the constants are career-driven, smart and handsome. Read on to meet them!

Missed the action? Head over to Catch Up to watch the beginning of Qiniso’s love story.

Read about Catch Up

May the best hunk win

Qiniso didn’t come to play. She came to slay! She’s breathtakingly gorgeous in her champagne pink dress, earrings that match, and flawless make-up. These men will be fighting for her attention. Let’s kick things off with the first batch:

First out the limo and onto the red carpet is proudly Swazi Henk (27), who runs a cricket academy. His parents moved from South Africa to Swaziland when he was much younger, and he wears a pin of the Swaziland flag on the lapel of his jacket. He also gifted Qiniso with necklace beads, which displayed the Swazi flag. There’s a bit of chemistry, and awkward laughs here and there, but Qiniso mentions that she’d like to see more of him.

Next, it’s Bradley (29), a data analyst with a passion for fashion. He has a personalised mystery gift, which turns out to be a bottle of quality wine. 10/10 for Brad, because his beatboxing and rapping doesn’t earn him many points with Qiniso. Instead, she gave him a 5 out 10.

Witty, and charming accountant Kganya (23) follows with flowers in hand and a heart-shaped box with blank papers. Did his nerves overshadow him?

Then, comes Ten (37). He’s described as “Man of Mystery”. He also speaks Spanish, and he’s lived in Madrid, an attribute he shares with Qiniso.

Starting off the next batch, it’s Keelan (26). He is a reserved Client Manager with a love for yoga and the outdoors.

There’s another fitness junkie on the list, and that’s Vuyani (28). He runs a fitness centre and loves basketball. The tall, dark and handsome Vuyani is the first to kiss Qiniso on the cheek when introducing himself. He holds her hands, too, and stares her in the eyes. Vuyani takes a photo of Qiniso on his polaroid camera and tells her to look for him in the mansion so that they can analyse the picture. “Smooth operator,” says Qiniso while Vuyani walks away.

There’s something about model Aviwe (26). Like Keelan, he is on the quiet side. He arrives with a soccer ball for Qiniso to kick, and his opening line? “Shoot your shot.” Wearing heels, Qiniso kicks the ball and Aviwe catches.

Life coach Marc takes Qiniso aback as his name is identical to that of her ex, who eliminated her in season 2 of The Bachelor SA. The current Marc has a bunch of carrots in hand. If you, like other Twitter users, were confused by his gift,he explains that it’s a gift used by motivational speakers to motivate people. “This year has been very hard for everybody,” Marc tells Qiniso when meeting her. “As you set out on this journey for love, I’ve also, as a trained life coach, have set out to help other people. I use proverbial carrots [as an analogy] to go find their journey. I hope that on this journey that we start together, we can find something special,” he adds.

Next, it’s music-streaming entrepreneur Dylan (29), who arrives on his bicycle. Qiniso thinks that the gesture is cute. He created a playlist for Qiniso, and states that if she doesn’t enjoy the playlist, that might be a dealbreaker in their relationship.

There’s also financial consultant Franco (26). He brings a box, which she can’t open until there are 10 men left.

There’s an immediate spark between Qiniso and nature conservationist Kyran Wright (33) aka Mr. Right. He gives Qiniso a plant, and she swoons.

When athlete Justin (29) walks out of the limo, it’s clear that there’s chemistry between him and Qiniso. She’s smiling from ear to ear, and he offers her a painting, which is followed by terms and conditions: She’ll only get it when they see each other later on, in the mansion.

There’s a man who comes walking out of the limo. Qiniso pauses. There’s a gasp. “Dude, that’s Peter,” screams Qiniso. So, quality assurance manager Peter (27) knows Qiniso from a while back. They actually attended the same primary school. In fact, he had a crush on her 14 years ago but didn’t have the courage to tell her. Does he have what it takes to win Qiniso now?

Last but certainly not least it’s Lunga’s (30) turn to meet Qiniso. He is a communications consultant and a proud Xhosa man, and he is wearing his traditional attire.

Justin is the first to sit and chat to Qiniso. She is mesmerised by this man to the point that she isn’t listening to him while they are speaking, she is just staring at him and, in her words, absorbing him. The battle for Qiniso’s affection continues, and the men fight for their 15 minutes. Brad talks to her, Vuyisani tries to lure her in, and Peter tries to steal her attention.

As Qiniso is about to hand out her First Impression rose… there’s a honk and a limo that looks like a party bus parks outside. We can only suspect that there will be more men arriving at the house. You’ll have to tune in next week to find out. The suspense…

M-Net (DStv channel 101) is available on DStv’s Premium package. To upgrade your account or to get DStv, click here.

Read about Catch Up

To learn more about The Bachelorette South Africa and more on all the shows featured on M-Net (DStv channel 101), go to mnet.tv