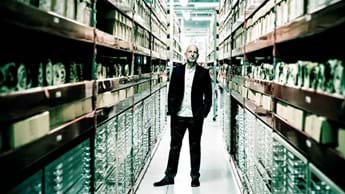 “Every contact leaves a trace” is 1 of the golden rules of crime scene investigation. In New Zealand’s Forensics series, host and science and technology reporter Simon Morton helps viewers to understand how the entire puzzle comes together, connecting all these little traces of evidence that tie the victim and the perpetrator together – and slotting them in to create a picture that’ll stand up in court. Simon meets the detectives and scientists who helped to solve some of New Zealand’s most notorious cases, and he goes inside the lab to experiment with some key forensic tools to demonstrate exactly how the process works, from analysing blood spatter, to DNA analysis, tool marking, digital forensics, toxicology, entomology and ballistics. And we’ll also see how environmental factors like river flow and climate come into play, too.

1 episode of Forensics S2 nearly didn’t make it to TV. The original broadcast of episode 1, Operation Emz, was delayed in New Zealand when convicted rapist and killer Liam Reid protested in 2017 that South Pacific Pictures (which produces Forensics), was covering the evidence in his case, because it would impact his attempts to get his case retried, or to appeal his sentence. The Forensics episode included details that weren’t made public in the media during Liam’s original trial. But New Zealand’s Court of Appeals had already dismissed 2 appeals against Reid’s conviction (and life sentence with 23-year non-parole period) back in 2009 and in 2012, and in February 2018, Justice Kit Toogood ruled in favour of South Pacific Pictures saying, “[Reid's] case has no prospect of success and I order that [the injunction application] be struck out."

“I’ve got to say I was a little bit concerned at the time!” admits Simon. “I do remember the chap Liam Reid. He's this incredibly scary guy whose head is all tattooed. He was very high profile in the media. When I heard that I thought, ‘Argh, I'm on Facebook and Google and he might just Google me and decide to come and have a bit of chat!" Simon laughs and adds, “But I quickly moved on and thought, ‘Well, I'm sure he's got bigger fish to fry. He doesn't want to go after some presenter from a Forensics programme’. Plus, it hadn't gotten to air, which I know was really disappointing for the production crew at the time. It is going to air now, it finally got the go-ahead. I was slightly anxious for minutes rather than hours.”

Another case from the season that stands out for Simon comes along in episode 3, Operation Lamar, in which forensic science tests a man named Ki Ji’s claims that he accidentally killed his ex-girlfriend, Zhi Ping You, by driving into her in a dark road… only the medical evidence seems to suggest that there had been more than 1 impact with the car. It’s 1 thing to suspect, but a completely different level of proof is required to actually put together a case that would be strong enough to stand up in court.

“That was the chap who killed his girlfriend on the Port Hills in Christchurch,” Simon says. “It just didn't compute! When I looked at the case, I thought, ‘Hold on, this guy thought of an alibi after having committed the crime, after having killed this girlfriend.’ I didn't buy it from day 1. But it was quite a tough case. I remember we spent quite a lot of time looking at tyre tracks and using a vehicle, working with scientists looking at rubber deposits on roads and trajectories and speeds.”

Anatomy of an episode

Each episode of Forensics takes us on a chronological journey inside 1 specific case, to show us how the detective work and forensic analysis of evidence came together to secure a conviction.

Simon starts inside the police archives by introducing the case name and lays out the picture at the start of the investigation.

A re-enactment then shows us the first steps of the case when a crime is suspected, intercut with interviews with the investigating officers describing how they picked up those first threads of evidence (throughout the episode, as it becomes relevant, moments pertaining to the investigation, the crime, the perpetrator and the victim and their movements will be re-enacted).

After that, we get our first glimpse inside the ESR (Institute of Environmental Science and Research) labs, which exclusively process all police evidence in New Zealand. An ESR scientist introduces us to their side of the case and the first things in connection with that case that they were asked to test and analyse. At this point, we might start seeing crime scene photographs, while re-enactments continue to show us how evidence is systematically gathered, from the interior of a car, for example.

Simon then goes inside the lab with one of the key scientists on the case to explore an element of forensics that will become pivotal to the case. In this segment, we'll find out intriguing facts like why blood behaves so differently to other liquids, what the shape and size of a blood droplet can tell scientists, and how that information can be used to reconstruct a crime scene. In this section, Simon also gets hands-on in the lab to create evidence similar to what was found at the crime scene, to demonstrate what the ESR forensic scientist can tell from the evidence that he has created. This will happen a few times in each episode when we come to particularly interesting aspects of the investigation.

The scientists and detectives on the case discuss problematic areas and inconsistencies in collecting the evidence, and the limitations of lab work are discussed. For example, in a case where evidence shows a mysterious substance in someone's house, this is taken to the lab for testing in a Gas Chromatography/Mass Spectrometry instrument, but as Simon points out, it's not a magic trick, it can only match trace evidence to the 200,000 substances that it has on file.

We see how the police start connecting their victim and suspects using the forensic analysis they have been given, along with their own work on the case. And slowly, piece by piece, we see a blurry picture of the crime start to come into sharp focus as all the pieces of the case start to slot into space.

In the end, the lead detective then wraps up the case and describes the perpetrator’s sentencing.

What you’ll see this season

Here’s a brief look at the cases covered in S2 (episodes may play in a different order):

Episode 1: Operation Emz Police investigate the disappearance of 20-year-old deaf woman Emma Louise Agnew. While Liam Reid tried to destroy evidence of his rape and murder of Emma, her burnt-out car provided a wealth of traces linking him to the crime, including his palm print and public hair found in the back of Emma’s car, along with phone texts linking the pair and phone data linking their whereabouts in Spencer Park in Christchurch.

Episode 2: Red Rocks Police have a puzzle with missing pieces when the handless, mangled body of a 62-year-old washes up on an Owhiro Bay beach in Wellington. Scientists manage to identify him through a flap of palm skin left on the arm. But how did ex-firefighter Anthony Stanlake wind up murdered? The case will eventually hinge on a conversation with a butcher, the killer’s shopping trip and the fact that the killer’s car got stuck at the beach.

Episode 3: Operation Lamar A complex investigation ties pathology and mechanical engineering together to determine exactly how a vehicle-pedestrian collision happened. The data helps to reveal the truth after a man named Ki Ji claims that he accidentally killed his ex-girlfriend, Zhi Ping You, on the Port Hills near Christchurch. But evidence seems to indicate that she’d not only been struck once, she’d been driven over again at least once.

Episode 4: Operation Wesley 33-year-old Rae Colleen Portman goes missing and her car is found at a car wrecking yard in Hamilton. When the police find her body dumped in a pit on a farm and covered in rubbish bags, it turns out she was 4 months pregnant and had been strangled to death. Her case ties to a drug ring, and kidnapping.

Episode 5: Operation Cargill Mother of 4 Leanne Kingston is found dead on her bathroom floor in a scene covered in blood and glass. The window proves to have been broken from the inside, and the bathroom door is off its hinges. Leanne’s blood is found on discarded clothing belonging to Leanne’s ex, Cary Grant Thurgood, stuffed in a dumpster behind his work. Scientists need to not only prove their case, but discredit Thurgood’s claim that his son committed the murder, and he got blood on his clothes while trying to clean up the scene to protect him.

CBS Justice is available on DStv Premium and Compact Plus. To upgrade your package or to get DStv, click here.