Strangers You Know: A human look at inhumane crimes

True-crime series Strangers You Know takes us inside some of South Africa’s most appalling cases of gender-based violence to give voice to the victims and the loved ones they left behind. 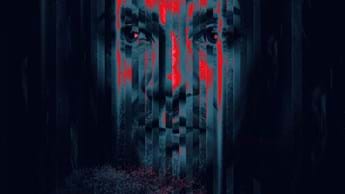 M-Net’s (DStv channel 101) new true-crime docuseries, Strangers You Know, takes us inside 8 prominent cases of gender-based violence that shocked South Africa. It’s a compassionate look at how violent crimes have destroyed the lives of victims and their families, shaken communities and challenged not only how we investigate crime, but the job that lies ahead of us in understanding the nature of violence against women and how we need to change our society.

“South Africa is fighting an ongoing battle against gender-based violence, and we hope that by shining a light on some of SA’s most heinous high-profile cases, we honour the victims of these crimes and encourage more people to speak out. Through this docuseries, we aim to educate millions of South Africans about the impact of gender-based violence,” says Jan du Plessis, Director of M-Net Channels.

Series director Willem Grobler adds, “There’s going to be a far more human component to it. We try to give insight into these stories from the perspective of investigating officers, family members, forensic pathologists, legal experts, so that they (the audience) could see these stories from a new perspective. It required a lot of sensitivity. It required me to say to them (the victims’ survivors), ‘We want to create a space for you in which you can be vulnerable, because we’re going to go through those emotions with you’.”

Strangers You Know takes women whose killers went to appalling lengths to control them, objectify them and destroy them physically and mentally, and it restates their essential humanity, along with acknowledging the tragedy and suffering of those left behind.

Executive producer Chwayitisa Futsane says, “We are reminding (viewers) who each and every person was. That this person had dreams, had aspirations. But it’s also so important to recognise that there’s a whole other network of victims that have to pick up the pieces. Most of the episodes that we have produced are about gender-based violence. Some of the families we spoke to reached a point where they felt it was time to tell their loved one’s story, hoping that in some way their story can help another woman – whether it serves as a warning for other women or it encourages women to walk away from very difficult situations at home. What also came out in our conversations with some of the families is a sense that these crimes were ‘unthinkable’, that this is something that happened to other people. And yet as ordinary as they were, their loved one was taken away by someone they knew – a family friend, a tenant on your property, a husband, a boyfriend and even a father.”

Wynand Grobler, Executive Producer at Combined Artistic Productions – the production company behind Carte Blanche, which has brought the same journalistic integrity, passion for justice, and attention to detail to Strangers You Know – adds, “While many of the cases may be familiar to the public at large, each episode is carefully crafted in a uniquely cinematic style and delves into the finest details of complex narratives that transcend race, income or status in society. To the ordinary man, the motives behind these crimes defy logic, as do many of the senseless crimes committed across South Africa each day. This series pays homage to each victim, their families and those who worked tirelessly to resolve each case to ensure justice is served.”

Strangers You Know will run for 8 episodes, which will air in 2 batches of 4.

Episode 1 (27 June) Anisha and Joey van Niekerk: Mooinooi was a sleepy little mining town on the Platinum belt, a close-knit community where neighbours become friends. There was a man with a snake tattoo who used to smile and wave as people drove past, but was this friendly neighbour watching people’s houses with a little too much interest? The brutal torture and murder of same-sex couple Anisha and Joey still lingers in the community’s memory.

Episode 2 (4 July) Palesa Madiba: They say he buried a flower in his own backyard. Palesa’s family searched for 2 years, pressing the police until finally they caved in and brought in the sniffer dogs. But, maybe if the killer’s enablers had just told them the truth of what happened to Palesa, it wouldn’t have taken them so long to find her lying metres away beneath the washing line, in a hastily dug grave.

Episode 3 (11 July) Gill Packham: Gill Packham, a school administrator, had kept the same daily routine for years. So when she didn’t turn up for work, the alarm was sounded, and her remains were found in the boot of her burnt out car. The police soon turned their attention to her apparently doting husband, Rob Packham, as their prime suspect.

Episode 4 (18 July) Anene Booysen: Anene’s mother told the police that her daughter whispered the name “Zwai” with her dying breath. But the man who was last seen with Anene, the man found with blood on his clothes, claimed that he wasn’t the Zwai who killed Anene – there was another Zwai with blood on his hands.