The best new series coming to Showmax in July 2021 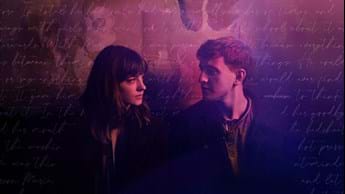 BBC limited series Normal People follows the forbidden relationship between Marianne and Connell, two young people with different backgrounds from the same small town in Ireland, as they weave in and out of each other's romantic lives.

Earlier this year, Daisy Edgar-Jones (War of the Worlds) was nominated for a Golden Globe and a BAFTA for her role as Marianne, and Paul Mescal won a BAFTA for his breakout role as Connell. New York Times-bestselling Irish novelist Sally Rooney (Conversations with Friends) and BAFTA-nominated scriptwriter Alice Birch (Succession, Lady Macbeth) were nominated for a 2020 Emmy for the script.

With an 8.5/10 score on IMDb and a 91% critics rating on Rotten Tomatoes, the series picked up three further Emmy nominations, including Outstanding Lead Actor for Mescal, and Outstanding Directing for the Oscar nominee Lenny Abrahamson (Room), who directed alongside BAFTA winner Hettie Macdonald (Howard’s End, Doctor Who).

Globe and Mail calls the series “beautifully made… an achingly powerful story of intimacy, affection, power-dynamics, class division and money.” Washington Post’s Hank Stuever says it’s “one of the best works of TV I've watched so far this year, and the rare show during this pandemic stay-at-home saga that made me forget everything else.” And New York Times calls Normal People “moving and emotionally wrecking, in the best way.”

Rick and Morty Season 5 is here, and Rick Sanchez is back! The sociopathic genius scientist lives with his daughter Beth’s family, constantly bringing her, his son-in-law Jerry, granddaughter Summer, and grandson Morty on insanely dangerous adventures across the multiverse.

Rick and Morty won its second Outstanding Animated Program Emmy in three years in 2020 and is currently the 14th highest-rated series of all time on IMDb, with a 9.2/10 rating from nearly 400 000 fans. That makes Rick and Morty the second highest-rated animated series of all time, behind only Avatar: The Last Airbender. It’s one of the most-binged series on Showmax, with all previous seasons available to stream.

Alison Brie, a Critics Choice nominee for Glow and Community, and an Annie Award nominee for Bojack Horseman, joins the voice cast this season, as do the likes of six-time Grammy-nominated comedian Jim Gaffigan (Bob’s Burgers, Star vs. The Forces of Evil) and Teen Choice winner Jennifer Coolidge (Gravity Falls, A Cinderella Story, American Pie).

In May, HBO announced that A Black Lady Sketch Show has been renewed for a third season. "Making A Black Lady Sketch Show is a dream come true,” says creator and star Robin Thede. “I see this show as a budding comedy institution, where Black women can play fully realised, non-stereotypical characters, and I am so grateful for the opportunity to continue to create that space for today’s premiere comedians."

A Black Lady Sketch Show has just been nominated for six Black Reel Awards, including Best Comedy Series. “Robin Thede is as dynamic as ever,” New York Times says of the new season, while Paste described the series as “refreshing, sharp and funny,” and A.V. Club praised the show’s “excellent cast chemistry.”

Even the world’s biggest star started out small. Young Rock is a sitcom based on the life of Dwayne Johnson (aka The Rock), going back to his roots as a 10-year-old in Hawaii, his high school years in Pennsylvania, and his University years in Miami, all within the (as yet) fictional framework of the actor and pro wrestler running as a candidate in the 2032 US Presidential Election.

Already renewed for a second season, the series has a 90% critics rating on Rotten Tomatoes, where the critics consensus says: “Anchored by a winsome ensemble, Young Rock is an endearing peek behind the curtain of both Dwayne Johnson's childhood and the wild world of wrestling.”

Big on girl power, and even bigger on real friends, the six-episode final season of The Bold Type comes to our screens this month, express from the US finale.

The three leads have all been nominated for Teen Choice awards for their roles, with the show nominated three times as Teen Choice Summer TV Show.

Based on Crystal Moselle’s critically acclaimed feature Skate Kitchen, HBO’s half-hour series Betty is back for a second season as it continues to follow a diverse group of young women navigating their lives through New York’s predominantly male-oriented skateboarding scene. The comedy stars Dede Lovelace, Moonbear, Nina Moran, Ajani Russell, and Rachelle Vinberg, who all reprise their roles from the original film.

Betty has a 98% critics rating on Rotten Tomatoes, where Season 1 was the fourth best-reviewed young adult series of 2020. As the critics consensus there puts it, “Earnest, audacious, and effortlessly cool, Betty captures the spirit of skating and friendship with style.”

“Betty looks like how being a teenager feels,” says Variety about Season 1, “...with such visceral verve that you can practically feel the wind whipping through your own hair through the screen.” They also praise the performances, saying, “Every actor is … so immediately comfortable in their roles and rhythms that the show often feels more like a documentary than a scripted show. But it is, and an especially well-plotted one…”

It’s 2003 in Baghdad Central: Saddam Hussein has been ousted, Iraq is under foreign control, and tensions run high. Waleed Zuaiter (Altered Carbon, The Men Who Stare at Goats) plays Muhsin al-Khafaji, a former police inspector who has lost everything except his determination to find his missing daughter Sawsan (Leem Lubany from Condor). But to find her, he’ll have to choose a side...

Executive produced by Emmy nominee and BAFTA winner Kate Harwood and written by BAFTA nominee Stephen Butchard (House of Saddam, The Last Kingdom), Baghdad Central has an 83% critics rating on Rotten Tomatoes, where the critics consensus reads, “Waleed Zuaiter proves a strong lead in Baghdad Central, a multilingual geopolitical thriller with a sense of humanity.”

"I was hoping this show would be educational, but I really don’t know what the fuck I’m doing,” says John Lurie, co-founder of musical group The Lounge Lizards.

Painting With John, a new unscripted series written, directed by and starring Lurie, is part meditative tutorial, part fireside chat. Each episode has Lurie at his worktable at his home in the Caribbean, honing his watercolour techniques and sharing what he’s learned about life. With images of Lurie’s paintings, original music and his point of view all rolled into one, the series strikes an irreverent tone while reminding us to prioritise some time every day for creativity, fun and a bit of mischief.

Painting With John has a 100% critics rating on Rotten Tomatoes, where the consensus says, “A celebration of art and life through the eyes of a delightful curmudgeon, Painting with John is a surprising, intimate feat of TV joy.”

HBO sci-fi comedy Avenue 5 follows the beleaguered crew and spoiled tourists aboard a space cruise ship that gets thrown off course, turning an eight-week trip around Saturn into a three-year journey back to Earth. Labelled “galactically good” by Independent (UK), Avenue 5 has already been renewed for a second season.

Created by Oscar nominee and Emmy and BAFTA winner Armando Iannucci (who brought us Veep, The Thick of It and The Personal History of David Copperfield), the show’s cast is led by Golden Globe winner and 10-time Emmy nominee Hugh Laurie (House M.D., Catch-22), and Annie and Grammy Award winner Josh Gad (the voice of Frozen’s Olaf).

Theatrical hilarity and farce get the full treatment in the recently renewed six-episode British comedy series The Goes Wrong Show. Developed by British theatre company Mischief Theatre, which produced the acclaimed The Play That Goes Wrong, each half-hour episode of The Goes Wrong Show delivers a new theatrical catastrophe in a different genre, presented by the fictional Cornley Polytechnic Drama Society.

Financial Times gave it a five-star review, saying, "This stuff has to be directed and performed with pinpoint accuracy if it’s to succeed. Fortunately, it’s perfectly, deliberately, terrible.”

"While every mistake here is, of course, meticulously planned,” comedy website Chortle says, “they are pulled off with enough flair, commitment and occasional ingenuity to break all but the most cynical of viewers to laughter."

The Goes Wrong Show has an 8.5/10 rating on IMDb and won Best Production Design at the Royal Television Society Craft and Design Awards, where it was also nominated for Best Costume Design.

EVERYTHING ON SHOWMAX IN JULY

To see everything on Showmax in January, including the Showmax Original reality series Uthando Lodumo, with Babes Wodumo and Mampintsha, and the Oscar-winning films Parasite and Joker, click here. Please note this release schedule is subject to change.