1Magic (DStv channel 103) is home to some of the freshest international series around. Set your reminders and series recordings for these new and returning shows. 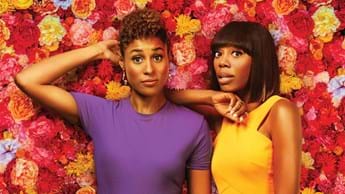 The new and returning international series on 1Magic (DStv channel 103) are sure to keep you warm and comfy this winter.

Be sure to set your reminders and series recordings so you can watch every episode before catching any spoilers.

Here are just a few of the top shows coming to 1Magic this month:

29 charming men have arrived at the Bachelor mansion to win the heart of Bachelorette Katie Thurston. Katie is joined by former Bachelorettes Tayshia Adams and Kaitlyn Bristow who host the season.

Guests compete to identify songs, with the episode’s overall winner trying to see if they can guess 6 song titles in a shorter time than the Shazam music app can.

An intriguing social experiment that challenges long-time couples about the real reason they’re not married.

Issa Dee and her friends Molly, Kelli and Tiffany embark on a season of self-discovery that mostly dodges the COVID question mark altogether, when Issa Rae’s comedy series returns for its final season, fresh from the US.