The top international series to watch on M-Net

M-Net (DStv channel 101) has packed its content line-up with fresh, new international series. Watch them all on DStv. 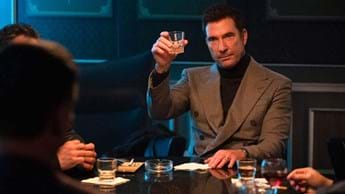 M-Net (DStv channel 101) is full of fresh new international series to watch this month. Set the reminders and series recordings on your DStv PVR, Explora or Explora Ultra decoder now to ensure you never miss an episode.

Here are some of the highlights:

Elliot Stabler returns to the NYPD to take on the city’s most powerful organised crime syndicates and rebuild his life.

The Republic of Sarah S1

Faced with the destruction of her town at the hands of a greedy mining company, a rebellious high school teacher utilizes an obscure cartographical loophole to declare independence.

Stationed at NASA’s Moon Base Simulator in Arizona, three dedicated astronauts attempt to qualify for their first lunar mission, but the team is faced with a water shortage.

Douglas Petersen is looking forward to a grand tour of Europe with his wife Connie and their only son Albie. But things don’t go as Douglas has meticulously planned.

Ben heads on an international mission with Vance to seek a clue that may finally unlock the mystery of Flight 828.

An incredible singing competition where a group of celebrity performers wear costumes to conceal their identities.

An eventful season three premiere. In the aftermath of Eddie’s car accident, Katherine leans on their beloved group of friends for support.

Zoey returns to the world after an extended time away and discovers that a lot has changed at work and in her personal life.

Nancy and the Drew Crew are still reeling from witnessing the visions of their deaths.

Archie, Betty, Veronica and Jughead prepare for their first day as Riverdale High's newest teachers. Veronica introduces her husband to the group after he shows up unexpectedly.