Nqobile is a thrilling, action-packed melodrama of a woman who conquers abuse and bosses up to rise in business. 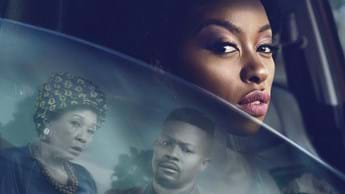 Nqobile is the ill-treated makoti of the Nkosi family dynasty who manages to outsmart her entitled, abusive husband and take over his empire. She transforms it into a women-led e-hailing service, and with newfound grit, indirectly declares war against her spouse.

“The fact that this riveting series mirrors real life and real-time scenarios such as the battle between e-hailing services and traditional meter taxis while also exploring issues such as gender-based violence, shows synchrony between Mzansi Magic content and relevant, real life events. This is something we are excited about at the channel,” says Nomsa Philiso, the Director of Local Entertainment Channels at M-Net.

As she is thrust into a male-dominated industry and a new position of power, the show reveals everything she must do to negotiate her freedom, maintain respect and thrive.

Created and produced by Ayanda Borotho, Adze Ugah and Nobuntu Webster, Nqobile is captured against the luxurious aesthetic of Leondale streets and is juxtaposed with less opulent environments where hustling is a way of life.

Nqobile Khumalo stars as Nqobile while Kagiso Modupe plays the role of her husband Simo. Mzansi Magic viewers are in for a treat as the series also features much-loved luminary actors such as Magic Hlatshwayo (as George), Nomsa Nene (as Sarah), Lele Ledwaba (as Mampoi), Lilian Dube (as Black Widow), Abdul Khoza (as Gugu), Nhlanhla Mdlalose (as Sbambura) and Ayanda Bandla (as Ntombi).